PSG Talon had the daunting task of taking on Damwon to start off the second round-robin. 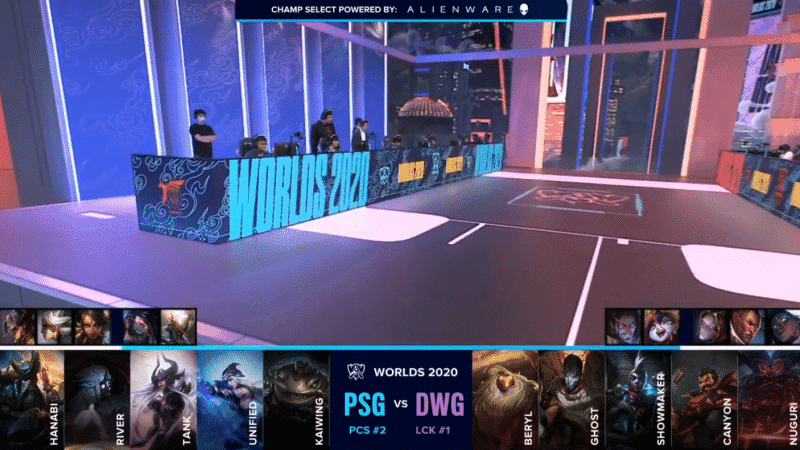 The day kicked off with a fairly one-sided matchup between PSG Talon (“PSG”) and Damwon Gaming (“DWG”). This was meant to be an easy win for DWG, but PSG surprised with some great early game plays. River ganked top to kill Nuguri for First Blood, though did lose his life to Canyon for it. Then, PSG’s Tank actually managed to solo kill Showmaker in the mid lane before teaming up with his jungler to kill Canyon too.

But despite the early lead, the sheer skill of DWG soon shone through. Canyon slew an Ocean Dragon before moving top to dive and kill Hanabi under his tower. This helped Nuguri take the First Tower bonus a short time later. Finally, at 16 minutes, the teams decided to give spectators a 5v5 team fight around the dragon. Unsurprisingly, DWG came out ahead two-for-one in kills. From here, they had a solid grasp on the game and never let go.

In typical DWG style, they pushed their lead and choked PSG out. They fought them in their jungle, racking up two more kills, taking multiple towers around the map around this time too. At 25 minutes, DWG pushed on the top tier-two tower. They destroyed it before engaging on PSG and killing their bottom lane. With this opportunity, DWG secured the Baron. At this point, PSG was powerless to stop DWG from crushing two Inhibitors, their towers, and ultimately, their Nexus.