The final scheduled game of Group A’s final round-robin was all-important for more than just Suning and G2. 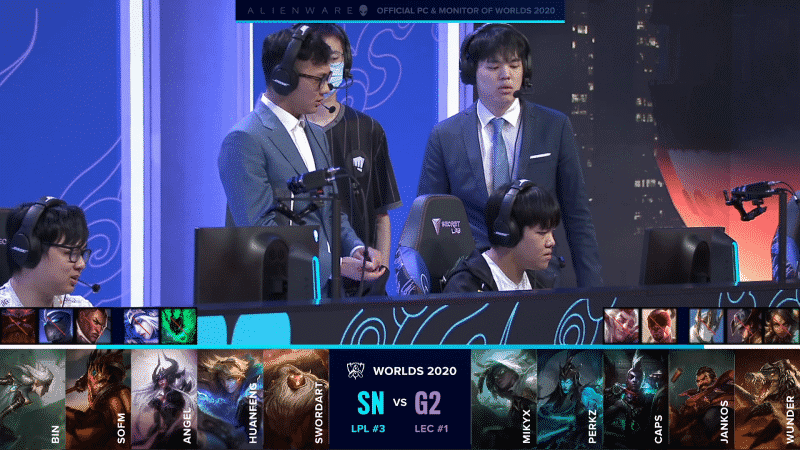 The game that decides the fate of three teams. A G2 win sends them through as first seed and gives us a seventh match of the day, with Team Liquid taking on Suning in a tiebreaker. A G2 loss, however, would see Team Liquid heading home with a G2 v Suning rematch deciding top seed.

G2 melt under the pressure as Liquid head home

While TL managed to get a decent fight on the bot side, as Perkz and Mikyx re-commit to it they get caught out. Because of this, G2 loses three members when they try to take down the bot lane tier one tower. SN continued to ramp up the pressure on G2, and keep TL fans sweating as they kept punishing the G2 disadvantage. G2 found a massive engagement, however, picking up a kill onto Bin and chasing down SwordArt and claiming an important drake for their trouble. SN took down three members of G2 inside their base and with that, they ended the game.

With that victory, G2 and SN will set up for a tiebreaker for the first seed out of the group with both teams now qualifying. The result, sadly, knocks Team Liquid out of Worlds 2020 as the third seed from NA heads home.