G2 had their chance for revenge against TL to start the day. 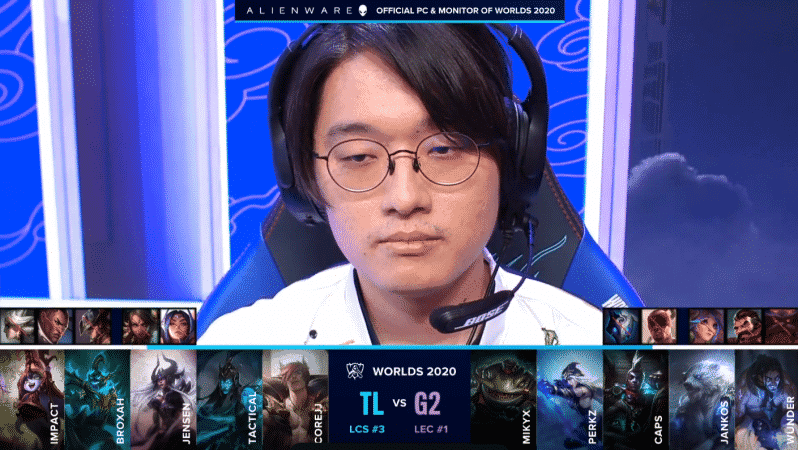 The first match of the day was one of the spiciest. A Team Liquid win would they have the 2-0 over G2 in the head-to-head, however, a G2 victory here would almost certainly condemn Team Liquid. G2 was able to get off to the best possible start by picking up First Blood on the top side of the map. Team Liquid was able to get something back when they picked up a kill on the bot side, though Jankos was able to pick up a kill in return as G2 he made his appearance there. But G2 ganked bot side again and this time they picked up a double kill as they moved 2k ahead.

G2 continued to up the pressure as they picked up yet another two kills on the bot side of the map. As a result, they also managed to pick up 11 turret plates as they moved 5k ahead. TL made a push into the mid lane to catch a retreating G2 but it went horribly wrong as Broxah charged in and lost his life in an instant. TL dropped two more members and broke the mid lane as they went 8k ahead. With nothing else to do, G2 decided that they might as well pick up the Baron buff. TL sniffs it out and took down Jankos early in the fight but G2 was just too far ahead as they Ace TL and push into the base.

G2 took down two inhibitors with TL respawning when another fight took place at the Baron. This time G2 took down four and ended the game. They moved to 3-1 in the group as TL had it all to do with their remaining games in Group A.