Though both teams were eliminated from advancing, UOL and FLY sent one last match for pride.

Unicorns of Love vs FlyQuest 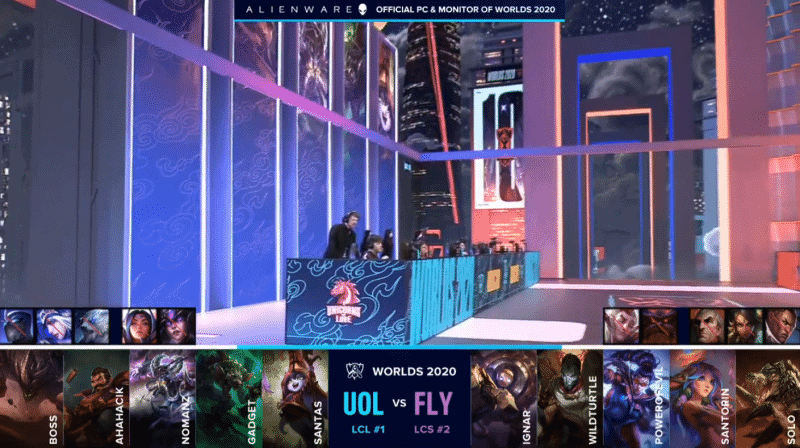 A battle for pride as Flyquest (FQ) takes on the Unicorns of Love (UOL). While neither team could no longer make it out of groups, they could feel a little better on their ride home by getting a win to go. Both teams opted for a fight at UOL’s raptors to start the game, no one died, but Santorin was able to secure the raptors for himself giving FQ a slight advantage. This advantage would grow very fast due to FQ drafting three lanes with priority while UOL drafted for late game scaling. PowerOfEvil would solo kill Nomanz twice in the span of five minutes creating a massive gap in the mid lane.

Gadget would attempt to counter this by roaming around and picking up kills. There were moments of promise for UOL as he continued to stealth and catch people by surprise. In a massive top lane fight, UOL would take a favorable three for two trade, and things were beginning to look better. However, just as things were looking good Gadget goes back in with less than half health and gets one-shot by Wildturtle making the three-for-two trade, a three-for-three.  With such a massive deficit across the board, UOL would never find their footing in the game. FQ would continue to smash UOL in every fight despite the scrappy nature of the game and get an Ace at Baron at 29 minutes to finish the game.