Blizzard held the second hero pool draw of the Season, banning Soldier: 76, Sombra, Winston and Lúcio for a week.

Last week, Blizzard held the first hero pool of the history of the Overwatch League. Each week, one tank, one support, and two DPS heroes are banned. This forces teams to adapt, and change their team composition each week.

For the second edition of the hero pool, Blizzard bans Soldier: 76, Sombra, Winston, and Lúcio for the Overwatch League Week 6, happening during Florida Mayhem’s homestand

Sombra, Winston and Lúcio are key heroes to the dive composition, frequently played in the Overwatch League. As these heroes are all banned for the week, teams will have to change their strategies.

As both Sombra, Winston and Lúcio are banned this week, it would be complicated for teams to run a dive composition. More static play should occur, with the comeback of Widowmaker and McCree.

Without the possibility of a dive composition, the double-shield meta is the most likely to come back. This meta includes two shield tanks, as well as a hitscan hero like McCree or a sniper like Widowmaker, as well as a tank wrecking DPS hero; like Reaper or Mei.

The downside of this composition is speed. As Lúcio is not available this week, tanks are more exposed than ever. If they don’t move fast, they can contest a point by being in a static position, but will not be able to perform well in attack – the shields being broken before reaching the enemy lines.

As such, we may see some more experimental compositions. Wrecking Ball could be in the spotlights this week, alongside D.Va for an explosive dive lineup. On the DPS side, McCree is a must-have to counter Wrecking Ball, as well as a potential Tracer or Reaper. Tracer was one of the top picks last week, with incredible plays like the Carpe vs Soon fight in the match between Paris Eternal and Philadelphia Fusion.

ICYMI: The incredible OT fight between @Fusion and @ParisEternal!

Just for you, @Reinforce 😉 #FiatLux #FusionCarry

For the supports, Moira is likely to come back in the lineups this week. Alternatively, Brigitte is a viable pick, already played this year during the Overwatch League. Ana is still a staple hero, with the ability to stop a dive composition, interrupt ultimates, as well as providing game-changing grenades.

The most likely composition for this week includes Reinhardt for his shield and defensive ability, D.Va to counter enemies and peel for her teammates, Mei and McCree to both deal damage and contain a dive. As well as Ana and Brigitte on the back lane to keep everyone alive while increases the damages.

Impacted Games in the Overwatch League

As the hero pool rotates each week, only the Florida Mayhem homestand games are affected. A total of six games are scheduled this week. And players will have to deal without Soldier: 76, Sombra, Winston and Lúcio. 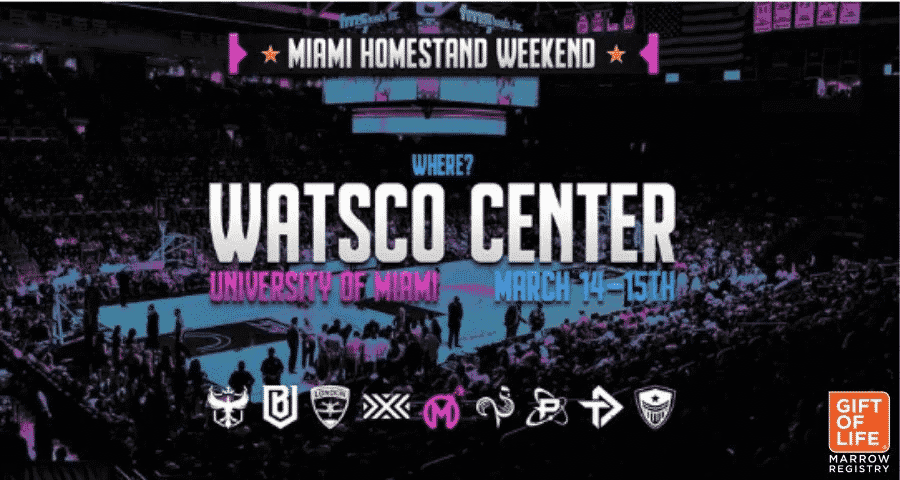 Week 6 of the Overwatch League will be held in the Watsco Center at the University of Miami for Florida Mayhem’s homestand, on the weekend of March 14 and 15.