Yasuo reunites with his fallen brother in Summoner’s Rift.

Over the past couple of weeks, a number of leaks pointed to Yasuo’s half-brother, Yone, being added to League of Legends. It turns out they were all true, as Riot Games officially released his art, abilities and backstory.

Yone is the second character to be introduced to the game that was originally just from the lore. His and Yasuo’s stories are intricately linked of course, but after his death, Yone’s story became all his own. Unsurprisingly, his kit is also quite similar to his younger half-brother’s, but unique all the same. He’ll be an integral part of the current Spirit Blossom event as well, though he won’t be available until next patch at least.

To get the full picture with Yone, we have to start with Yasuo’s backstory. There, we can see that while Yasuo was the young spitfire and often dishonorable, Yone was conscientious and respectful. They were inseparable when they were young and even studied the blade under Elder Souma.

When the invasion of Ionia began, Yasuo wanted to leave and fight with the Ionian army, despite it being against his duties. Yone, as the caring older brother, tried to convince him to stay, saying his place is with Souma and the rest of the school. Unfortunately, Yasuo did abandon his post, and upon his return, was framed for the murder of Elder Souma. It was then he became an outlaw.

Unfortunately, it fell to Yone to bring Yasuo to justice. He hunted him and finally confronted him in one fatal battle. But Yasuo, who was known for his exceptional latent talent, overcame his brother, slaying Yone.

It turns out that’s not the end of Yone’s story though.

When he found himself in the spirit realm, he was attacked by a demon spirit, called an azakana, that feeds off negative emotions. It was a weaker demon than the likes of Evelynn or Tahm Kench though, and Yone overpowered it.

But as soon as he did, he was teleported back into the mortal realm and the mask of the azakana was fixed to his face. It seems he’s linked with the demon now, but unlike Kayn and Rhaast, isn’t controlled by it. But he does gain power from it, and based off of the Kin of the Stained Blade video, he uses this power to slay evil demons.

Though he’s demon-like himself, he still fights for a just cause. As far as we can tell, that is.

Summoners while you were playing Yasuo, he studied the blades! ⚔

First off, Yone’s passive, Way of the Hunter, is essentially a combination of Yasuo’s and Sett’s. He attacks with two blades and the second one does extra magic damage. He also gets his critical strike chance doubled, but his crits do less damage.

His Q is called Mortal Steel, and again is similar to Yasuo’s Q, Steel Tempest. He thrusts his katana forward, dealing damage and gaining a stack of Gathering Storm. At two stacks, his next Q will dash him forward and knock any enemies in his path up.

Next is Yone’s W, Spirit Cleave. This one’s pretty simple, as Yone cleaves an arc in front of him, dealing damage and obtaining a shield. The cleave does maximum health damage, while the shield’s strength depends on the number of enemy champions hit.

Soul Unbound, Yone’s E, is a neat ability. Here, Yone’s soul detaches from his body and he enters his Spirit Form. While in this form, he gains increased movement. After a certain amount of time, he’ll snap back to his body and deal a percentage of the damage he dealt while in the form to his enemies. Think of it sort of like Illaoi’s Test of Spirit.

Finally is Yone’s ultimate, Fate Sealed. With this, Yone dashes forward, hitting every enemy champion he flies by. All these champions will be launched airborne too. At the end, he’ll end up behind the last enemy champion hit.

Seeing as the two brothers grew up together and trained under the same master, its no surprise there are similarities in their kits. The most interesting part is that Yone looks like a great engage tool for Yasuo. If the two are on the same team and stack their ultimates, it’ll be deadly.

Takeaways from the reveal 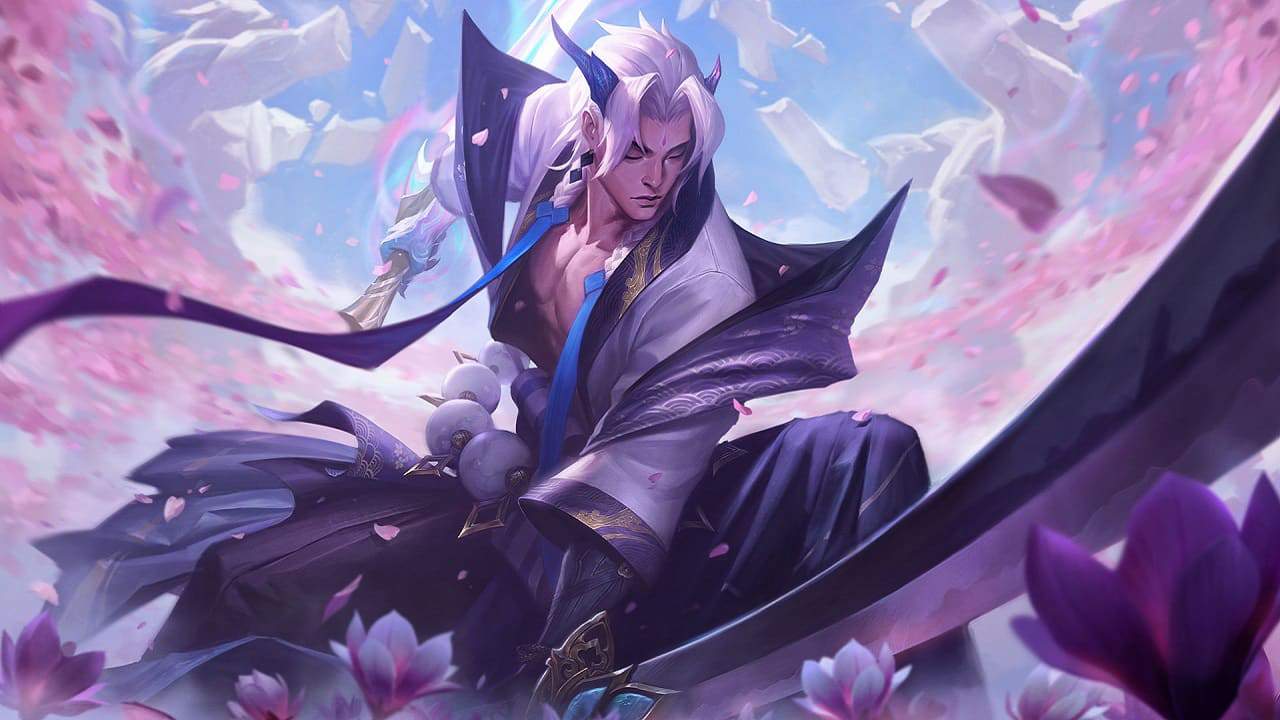 So far, Yone looks like an awesome champion. His kit has the potential for a ton of synergies and, though is simple on the surface, might have some cool combos. For example, if Yone can move into his Spirit Form with his E, then cast his ultimate, the result would be devastating. He’d deal the damage and CC, then blink back to his body and deal some of the ult damage again while getting a free escape. So, while it won’t be as intensive as Yasuo’s high APM gameplay, it’ll be a fun kit.

Considering his abilities, he’s likely to be a solo laner. Everything points to him dueling other champions and he doesn’t have the mobility or range to be played in the bottom lane like Yasuo sometimes is. There’s definitely some jungle potential here too, but that will depend on his numbers and if there are is any damage reduction to monsters on his abilities, namely his W. As a melee, his ranged matchups will be difficult but all of his kit gives him trading power even in tough matchups.

At a glance, his build will likely be very similar to Yasuo’s. Two critical strike items will be a given, then he can move into defensive itemization. Some options include Death’s Dance, Guardian Angel and Sterak’s Gauge. Attack speed items may be valuable for split pushing too, as it’ll increase the amount he can use his passive damage. A lot of his itemization will be adaptable, which is great to see.

Yone will hit live servers in patch 10.16, which should release in around two weeks. Until then, enjoy the Spirit Blossom event and try to wait patiently until this badass champion hits the Rift!