Carlo Ancelotti urged Everton to keep up their momentum after maintaining their 100% record this season with a 2-1 win over Crystal Palace.

Everton have started their first full season under Ancelotti in strong fashion, winning both their games in the Carabao Cup as well as the three Premier League triumphs that have put them top of the table.

Their good form continued with a 2-1 win away at Crystal Palace, with strikers Dominic Calvert-Lewin and Richarlison both responding to Ancelotti’s wishes for a high-scoring season.

While not all teams have played the same number of games, Everton have scored more goals than any other team in the top flight so far this season, with Calvert-Lewin becoming the first player to reach five Premier League goals this season.

And as they climbed to the summit of the table, the Italian tactician hailed the spirit they are showing in a positive moment.

Ancelotti said: “Really pleased for the result, the first half was good, second half more difficult because Crystal Palace put a lot of pressure on us. We defended well but we could play better with the ball.

“It is good to see the spirit in the team in this moment. We have started the season well.

“We have to look only for the momentum, that is good in this moment. In a busy time with another game on Wednesday, we have to keep the motivation, ambition and we are doing really well.

“The danger is behind us all the time when we do not behave properly.” 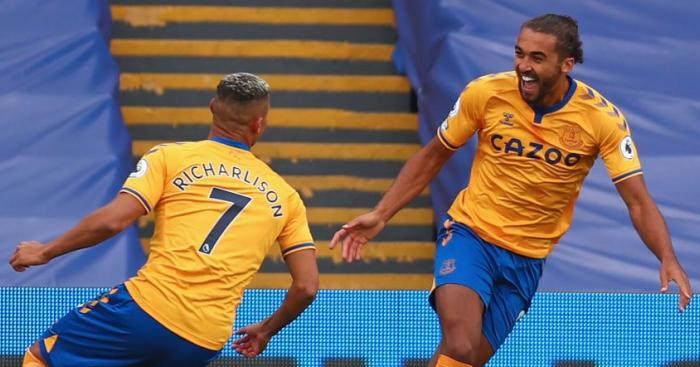 There were some questions about the decision to award Everton a penalty in the first half that led to what was eventually the winning goal.

However, Ancelotti wasn’t willing to debate the handball scenario.

He added: “I am not the right person to judge the decision of the referee. It is not only one referee that decides and we have to adapt to the new rules on the handball. It is difficult, but we cannot do nothing.”