Carlo Ancelotti has set high targets for Dominic Calvert-Lewin and Richarlison this season after joking even he could score goals playing in front of James Rodriguez.

The Italian, a European Cup winner as a midfielder with AC Milan in 1988 and 1989, has set forwards Calvert-Lewin and Richarlison the demanding target of 20 goals apiece this season.

And he said there would be a “problem” if they did not meet his exacting demands.

Calvert-Lewin leads the Premier League with four goals after his hat-trick last weekend, while Richarlison opened his account for the season with two in the Carabao Cup win over Fleetwood.

“I think James Rodriguez is going to help the strikers because he is a fantastic assist man,” said Ancelotti.

“The target for Dominic is I hope he can reach 20 goals because he has the quality and ability, like Richarlison.

“With James at the time in Madrid, Ronaldo scored 56 goals: I am not honestly going to ask Dominic to score 56 goals but he has to try to do his best.

“We have two fantastic strikers and behind them we have James and Sigurdsson.

“I think if they do not score at least 20 goals each they can have a problem with me.

“I said to them ‘You have to score at least 20 goals each’ and I hope Moise (Kean) also, he has the possibility. He has played two games and scored two goals.

“If I play as a striker and I have behind me James, (Gylfi) Sigurdsson, (Andre) Gomes I can score goals and so they have to.”

Ancelotti not looking for new keeper 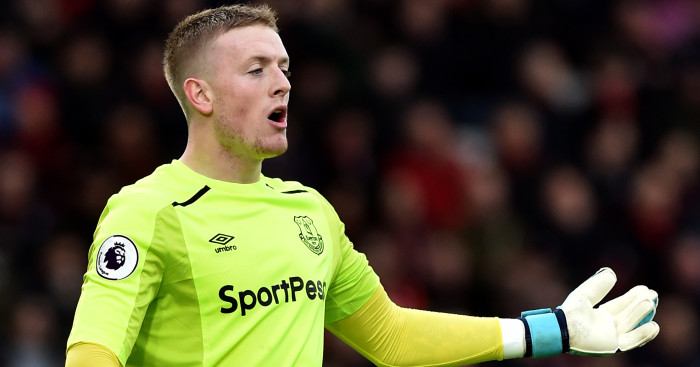 Everton travel to Crystal Palace after their best start to a season since 1978-79, having won their first four domestic matches of the season.

Palace, boosted by their win over Manchester United at Old Trafford, also have two wins from two in the Premier League.

England goalkeeper Jordan Pickford will retain his place despite two errors in midweek with Ancelotti giving him his full support.

The Toffees boss also denied they were looking at bringing in competition for the 26-year-old.

“There is a lot of focus on him but, I have to be honest, he started really well and did a fantastic match against Tottenham. I am not really focused on him, like you (the media),” he added.

“He is a great goalkeeper. He has my total confidence.”

Manchester United’s Sergio Romero was linked with a move to Goodison Park in Friday’s papers but Ancelotti dismissed that speculation, saying: “We are not looking for this.”

The post Ancelotti warns Everton duo of ‘problem’ if they don’t reach his targets appeared first on teamtalk.com.