Arsenal are hoping that Gabriel Magalhaes and Nicolas Pepe may be able to help them lure Yves Bissouma to the Emirates Stadium, a report claims.

Bissouma has emerged as a target for bigger Premier League clubs after impressing for Brighton over the past couple of seasons.

The Mali international has grown in importance since joining Brighton in 2018 and now seems capable of making a step up.

There have been rumours of a transfer to Liverpool, who may have to find a replacement for Georginio Wijnaldum if the Dutchman does not renew his contract.

However, the champions are not the only interested party. Manchester United and Arsenal are also potential suitors.

The report claims Bissouma “would choose Arsenal over any other Premier League club” if the Gunners were to make a bid. However, it is more likely they would wait until the summer to do so.

In January, their focus is more likely to turn to a creative midfielder. Then, they could add further competition in the middle of the park by bringing in Bissouma at the end of the season.

By that point, Dani Ceballos will have returned to Real Madrid and Granit Xhaka could have left. Therefore, there could be a need for another addition.

Bissouma is seen as someone who could complement Thomas Partey in midfield. Indeed, Arsenal initially wanted another midfield signing in the summer, but could only convince one of their targets to join.

It appears Bissouma would be open to a move to the Emirates Stadium. Should he need any more convincing, though, two current Arsenal players could help.

Both Gabriel and Pepe used to play alongside Bissouma for Lille before they all moved to the Premier League. Hence, they could contribute to any decision Bissouma makes.

The report also suggests that Arsenal have already made contact with the agent of the 24-year-old.

Only one thing could stop Arsenal making a bid. The club are apparently concerned about Bissouma’s discipline, as he already has received five yellow cards and one red card this season.

If he is able to improve this aspect of his game, then a move could make a lot of sense for the Gunners. 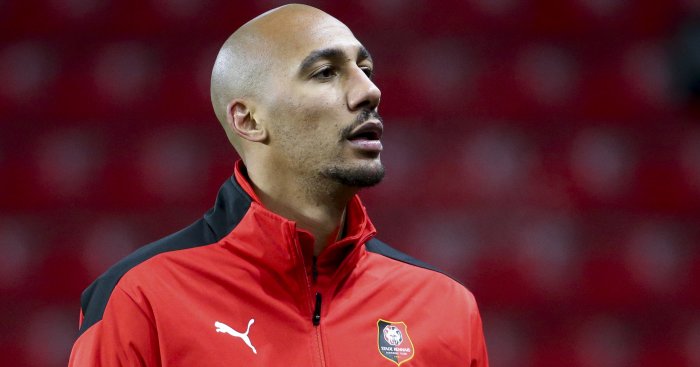 Eight years Bissouma’s senior, he would be a shorter-term option. However, reports have indicated that the Gunners could make a move for a long-term target.

Nzonzi is not of the level he once was, but could still appeal to Arsenal if the right opportunity arises.

Nzonzi is currently on loan at Rennes from Roma, where he failed to reach his usual standards after moving to Italy in 2018.

His loan with Rennes, where he is doing better, still runs until the end of the season. But a change of scenery could be on the cards.

According to Foot Mercato, Roma could cancel his loan at Rennes this month with a view to offloading him permanently.

Rennes would like to offer him a permanent deal. But there is also interest in the World Cup winner from the Premier League.

According to the report, Arsenal and Everton are interested in his services.

Nzonzi is hesitant over whether to accept Rennes’ offer, as he knows other clubs could move for him. He may be alerted by the chance to return to the Premier League.

The post Arsenal hatch plan as target ‘would choose’ them over Liverpool, Man Utd appeared first on teamtalk.com.