Arsenal midfielder Granit Xhaka is reported to be happy at Emirates Stadium and unwilling to entertain talk he could be moved on to Inter Milan.

The Gunners midfielder is back in the good books under Mikel Arteta after looking a shoo-in to leave under Unai Emery. Indeed, the revitalised Swiss star has explained the role Arteta has played in his turnaround.

However, doubts were again raised over his long-term Arsenal this week when reports in Italy suggested he had been targeted by Inter. As per il Corriere dello Sport, the Serie A giants wanted Xhaka in a straight swap with Christian Eriksen.

Eriksen departed north London last January as Spurs’ efforts to tie him to a new deal failed. With time ticking away on his contract, Eriksen was allowed to join Inter for a fee of €20m.

The move to Serie A, however, has not worked out as planned. Eriksen has struggled to adapt to the tactical demands of Antonio Conte. The Italian’s favoured 3-4-3 formation even looks to have stifled Eriksen’s game.

With not one goal or assist this season, Inter are now willing to let the player leave in January.

Even so, a move to Arsenal would be highly controversial given his Spurs links. Mind you, this pundit clearly doesn’t care too much about their feelings.

As such, it seems talk of a swap deal is over before it has even begun.

That’s after Calciomercato claimed Xhaka had rejected the chance to move to the San Siro. Furthermore, the article claims Inter would struggle to match the Swiss star’s €8m a year deal (£130,000 a week) at Emirates Stadium.

Instead, the Italian website claims Conte and Inter will instead target a move for N’Golo Kante. However, any move for the World Cup winner is unlikely to happen until the summer.

Romelu Lukaku, meanwhile, has revealed that his Inter teammate Eriksen does not speak Italian yet.

Lukaku moved from United to Inter last summer, before Eriksen made a similar move from Tottenham in January. 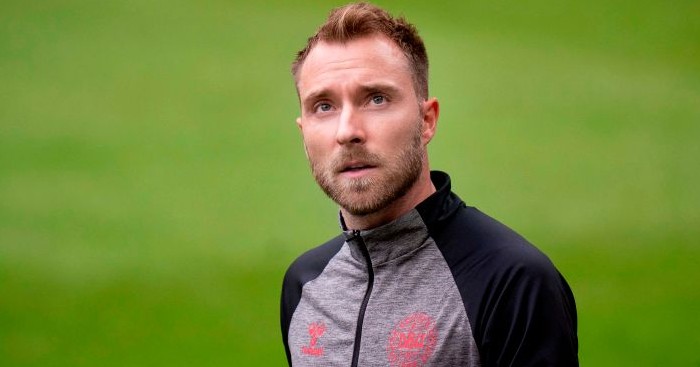 However, their fortunes since leaving the Premier League have been very different. Lukaku was Inter’s top scorer last season with 34 goals in all competitions, but Eriksen struggled to settle in.

However, Lukaku thinks there is still a chance for Eriksen to prove himself at Inter. There is one step he must take to settle in, though.

“Eriksen has all the qualities to become a top player, and I want to help him. But first, he has to learn Italian,” Lukaku told Kanal 5.

“I immediately got used to a new reality, but maybe he will need more time.

“With the language, he still has some work to do. If he learned Italian I am sure that everything would become easier for him.

“He could communicate better with everyone, teammates and the coach, and would contribute more to the work of the whole team.”