Brighton heaped more misery on Arsenal with victory at the Emirates thanks to Neal Maupay’s winner.

The 2-1 loss took the Gunners’ winless streak to nine matches, their worst run in over 42 years, with Ljungberg unable to oversee an immediate upturn in fortunes.

He was placed in temporary charge following Unai Emery’s sacking last week but a draw at Norwich was followed up by a poor showing as Brighton secured their first-ever away victory against Arsenal.

Adam Webster’s second goal of the season gave Graham Potter’s side a deserved half-time lead with Maupay then turning home in the 80th minute after Alexandre Lacazette had levelled.

The Arsenal hierarchy would have hoped for a reaction to Ljungberg’s appointment but, other than a spell after the interval, they were second-best against a Seagulls side which had lost three in a row heading to the Emirates Stadium. 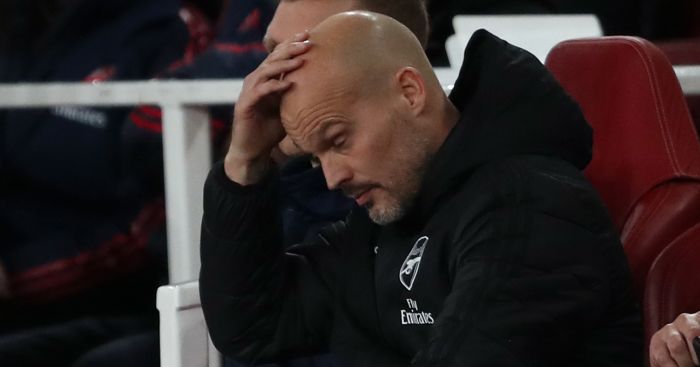 If there is proof of the amount of work required by the Swede, or the eventual long-term successor to Emery, it was clear for all to see.

As expected, Ljungberg’s Arsenal had much of the ball for the opening exchanges but it was Brighton’s Aaron Connolly who drew the first meaningful save of the night as Bernd Leno held onto his low drive.

The Republic of Ireland international was then pulled back by Hector Bellerin as referee Graham Scott awarded a free-kick right on the edge of the Arsenal penalty area.

Pascal Gross could only hit the wall with the resulting free-kick before Leno was again forced into action as he kept out Webster’s downward header.

Maupay arrowed a shot wide as the visitors enjoyed a first period of sustained attacking pressure, while Pierre-Emerick Aubameyang could only miscue a decent chance at the other end. 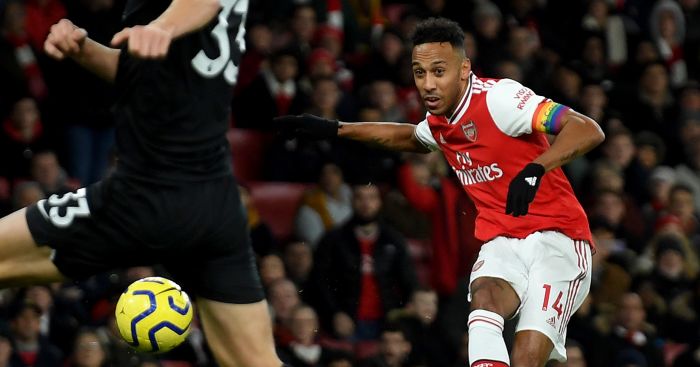 Still Brighton pushed on and Leno was called into action to save from both Maupay and Davy Propper, with the Arsenal defence once again being cut open seemingly at will.

They finally found a way past Leno with nine minutes of the first half remaining, Dan Burn and Connolly combining from a corner to tee up a chance which Webster swept home.

Mathew Ryan made his first save of note as Arsenal chased a quick leveller, Joe Willock heading down Aubameyang’s cross with the Seagulls goalkeeper keeping it out with his legs.

Granit Xhaka did well to get back and deflect a Connolly pass behind for a corner as Brighton caught their hosts on the break once more.

Ljungberg introduced club-record signing Nicolas Pepe at the break and his side were soon level as Lacazette flicked Mesut Ozil’s corner goalwards and it looped in over Ryan. 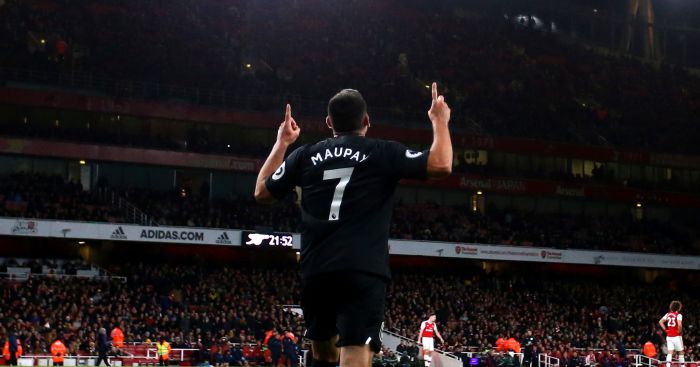 Unperturbed by the equaliser, Brighton continued to press and Maupay missed a decent close-range chance as they looked to re-establish their lead.

David Luiz thought he had turned the tide in favour of Arsenal as he smashed home a volley from Ozil’s retaken free-kick, only for VAR to rightly rule he was offside.

The home side had their tails up and Steven Alzate did well to track back and block Aubameyang’s shot after Lewis Dunk had been caught in possession high up the pitch.

But it was Brighton who were celebrating when Maupay stole a yard on Luiz and converted Aaron Mooy’s cross, with Ryan then on hand to save brilliantly from substitute Gabriel Martinelli.

Pepe came close with a last-minute free-kick but it was Brighton who should have struck in injury time as Leandro Trossard danced through the defence before firing just over as Potter’s side saw out the rest of the game for a vital three points.