Arteta is overseeing his first full season in charge of Arsenal, having won the FA Cup after taking over midway through the previous campaign.

And things got off to a good start when Arsenal dispatched newly promoted Fulham with a 3-0 win.

New signing Gabriel Magalhaes scored on his debut, but it was another recent recruit, Willian, who stole the headlines by recording three assists.

However, Arteta was keen to sing the praises of an unsung hero in midfield – forgotten man Mohamed Elneny.

The 28-year-old, who has been at Arsenal since Arteta’s own playing days but has featured little, spent last season out on loan with Besiktas. However, Arteta gave him a fresh chance – and his performance was one of many things the coach was impressed with.

“I wanted to see my team determined with a lot of energy and do the things we did in training,” he told BT Sport. “We did it today.

“He has been excellent in training since day one. I know him well – we played together. Today he was phenomenal.

“All the boys tried really hard.” 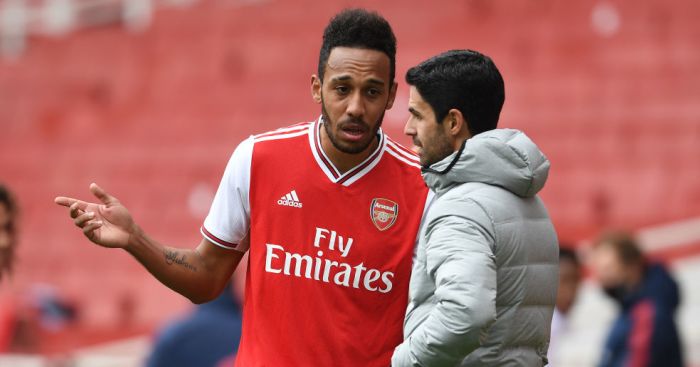 One of the goalscorers for Arsenal was captain Pierre-Emerick Aubameyang, whose future has dominated the headlines in recent months.

Aubameyang is out of contract next summer, leaving Arsenal concerned about his future. However, there is growing optimism that the striker will stay at the Emirates Stadium.

And Arteta reiterated his confidence that they would be able to make a positive announcement soon.

“I’m really positive we’ll get it done,” he added. “Hopefully in the next few days you can get some news.”