Arsenal boss Mikel Arteta is pondering making a move for Chelsea midfielder Jorginho after the club’s attempts to sign Houssem Aouar have stalled, claims a report.

According to L’Equipe, Arsenal were the first club to make an offer for Aouar. However, that first offer was a €30m fee plus Matteo Guendouzi and was turned down by Lyon.

Arsenal are believed to have returned with a second bid of around £32m for the 22-year-old, but Lyon want more.

The offer was  branded “timid” by Jean-Michel Aulas, who claimed: “We felt like either they didn’t consider the fact that this is a player in the French national team.

“So it was not an offer that was even susceptible to making us consider a sale.”

Aouar though remains Arteta’s No.1 target and technical director Edu u is in ‘contact’ with Juninho, the sporting director of the French club.

As per the French outlet, via Sport Witness, Lyon president Aulas has reduced his demands to around €40m. As yet though Arsenal have yet to match those demands and are believed to be looking at Jorginho as an alternative.

ESPN’s Julien Laurens claims Jorginho’s name is back on Arsenal’s radar. The reporter claims there is “less optimism” surrounding a deal for Aouar and Jorginho is a possibility.

Arteta’s midfield options will narrow with the impending departure of Lucas Torreira to Atletico Madrid.

Sky Sports claimed last week that Jorginho’s name has come up in conversations between Arteta and Edu.

Still no breakthrough between Lyon and Arsenal for Houssem Aouar. It’s looking complicated and there is less optimism now. Jorginho’s name back in the conversation though.

The Italy international has had a strange spell at Chelsea, falling in and out of favour. 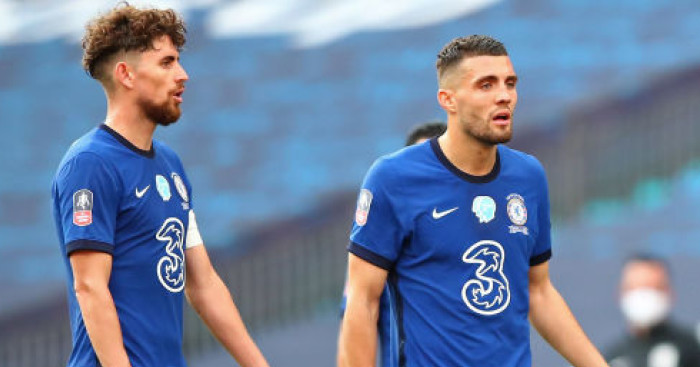 Santos said: “Yes. Juventus had proposed an exchange with Pjanic to Chelsea which the English club did not take into consideration. But Paratici [Juventus’ Chief Football Officer] never called me.

“Would he have gone to Juve with [Maurizio] Sarri? I think so.

“He has a three year contract with Chelsea. The transfer market is long, it will last until October 5th.

“And if Chelsea think that the boy is no longer part of the project, I would find an alternative solution. Last year he played forty games with Chelsea and is important for the national team.”