Arsenal boss Mikel Arteta put his foot down to keep Ainsley Maitland-Niles at the club after Barcelona were ready to make a bid for the Gunners youngster.

Maitland-Niles is a product of the the Arsenal academy and played for the Gunners at just 17 in a Champions League clash against Galatasaray.

He’s also represented England at every level. That culminated in the 23-year-old being called up by Gareth Southgate to the senior squad. He made his debut last month as a substitute against Denmark.

So with that CV it seemed strange that he was heavily linked with a move away from Arsenal.

The reports appeared to have foundation though. And transfer expert Fabrizio Romano (via Sportsmole) claims that Spanish giants Barcelona were among several clubs showing interest.

But it appears Arteta blocked any potential bid, realising how Maitland-Niles’ versatility made him a key part of the Arsenal squad.

He showed that with an excellent performance in the Community Shield win over Liverpool. Not only was he outstanding in normal time, the England ace helped Arsenal win on penalties.

Maitland-Niles scored the second spot-kick. And his efforts earned him Man of the Match.

The only defeat he’s suffered in six starts for Arsenal this season came at Anfield. That was when Liverpool gained revenge with a 3-1 win.

However, he again netted in a shootout to help the Gunners beat Liverpool in the Carabao Cup just three days later. 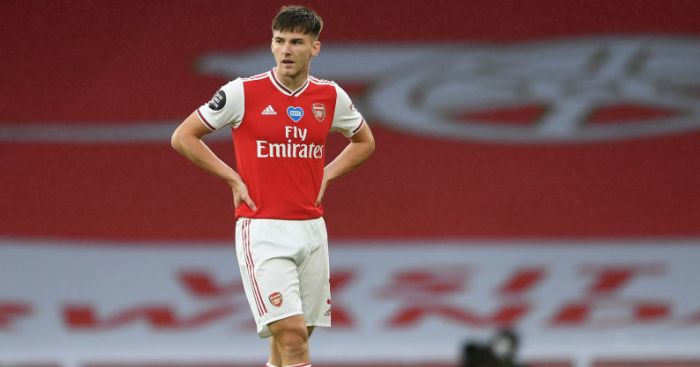 Maitland-Niles’ ability to play a number of positions could again come in handy. Especially following the news that Arsenal defender Kieran Tierney is now in self-isolation.

While on international duty, Tierney was in close contact with a member of the Scotland squad who tested positive for coronavirus.

That was Southampton’s Stuart Armstrong, who returned a positive test for COVID-19 on Wednesday morning.

Tierney will be required to self-isolate for 14 days as of Tuesday.