Marcelo Bielsa has been chasing the Udinese star for several weeks, but talk of a move escalated following a tweet from the player himself.

The Argentina international responded to a comment confirming his desire to make the switch to Elland Road.

Leeds fanzine ‘The Square Ball’ tweeted about De Paul on Monday evening. The account wrote: “Apparently he’s keen on the move but it now rests with the clubs.”

And the 26-year-old responded with “Yes”, followed by the crossed fingers emoji – although he deleted the tweet and his actual account soon after.

Leeds now face a dilemma over whether to cough up Udinese’s substantial asking price for the player.

Italian journalist Fabrizio Romano claims that the Serie A side are asking for €40million for De Paul. He added that the two clubs are negotiating, but that the ball is very much in Leeds’ court.

Rodrigo de Paul is ready to move to Leeds United… and just confirmed the news. It’s up to the two clubs. Negotiations ongoing but Udinese want €40m.

De Paul has been at Udinese since 2016, making 146 appearances for the Serie A club in total.

He was left out of the squad for the friendly against Vicenza on Sunday, amid rumours of an imminent exit.

Zenit St.Petersburg were also in the running for his signature, but De Paul decided to snub a switch to Russia.

Napoli and Fiorentina are also keen on landing the attacking midfielder. However, his apparent desire to move to Elland Road gives Leeds the edge – but only if they are willing to pay the asking price.

Everton have been touted as prime candidates to sign Barcelona’s Rafinha Alcantara, claims a report. 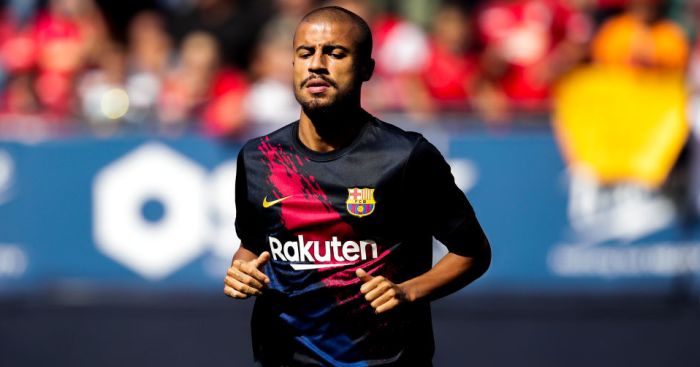 Andre Gomes, Yerry Mina and Lucas Digne have arrived on Merseyside from Catalonia recently and Rafinha is the latest player who could follow on that well-trodden path.

Barcelona quoted an exit fee of €16million (£14.3million), which Leeds saw as reasonable. However, according to Mundo Deportivo (via Sport Witness), the deal never got off the ground with Leeds believing the fee was too “expensive” and whilst also meeting with resistance when negotiating with Barca. Read more…