Barcelona coach Ernesto Valverde has indicated a deal to take Denis Suarez to Arsenal is imminent in the final days of the January transfer window.

Reports in Spain suggest the 25-year-old Suarez, who had a spell at Manchester City before joining Barca in 2013, will join Arsenal on loan for the rest of the season.

Valverde was asked about the deal in a press conference on Tuesday and wished the midfielder well.

“(The deal) is not official yet, but it was something that all parties wanted and let’s hope it goes well,” he said.

“I do not think there are any more changes with regard to the squad.”

Valverde was speaking ahead of the second leg of Barca’s Copa del Rey quarter-final against Sevilla on Wednesday night, a tie in which Barca trail 2-0 from the first leg. 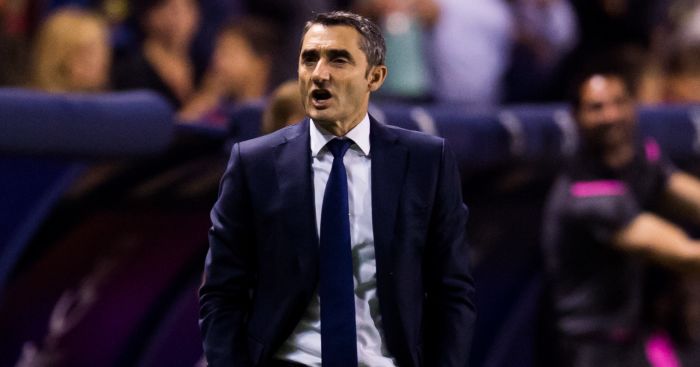 “We have to give everything,” he said. “We are a team that, at certain times, always take a step forward and tomorrow we must.

“We know that in those ties where you are behind, the fans support is fundamental, but the team is the one that engages the supporters and it’s a challenge for everyone.”

Arsenal, meanwhile, look set to be given the green light to sign PSG midfielder Christopher Nkunku after the Ligue 1 giants completed a deal for Leandro Paredes. Read the full story here…