Michy Batshuayi has vowed to produce his best form for Crystal Palace after having an immediate impact on his debut when on Saturday they beat Fulham 2-0.

The striker, who arrived on loan from Chelsea shortly before the conclusion on Thursday of the January transfer window, had only been on the pitch for five minutes when he created a shooting opportunity to test Sergio Rico, ultimately leading to Jeffrey Schlupp’s 87th-minute tap-in.

He finally met his new manager Roy Hodgson late on Friday afternoon, having previously been on loan at Valencia.

It was in Spain, similarly to at parent club Chelsea and in contrast to his time with Borussia Dortmund, Marseille and Standard Liege, where Batshuayi struggled to impress. 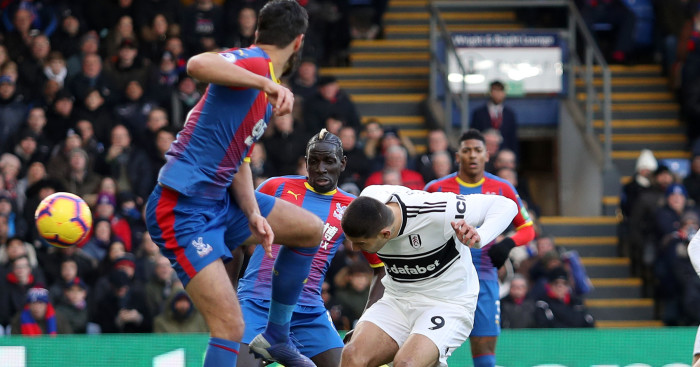 Fittingly, the lack of a consistent goalscorer has been Palace’s biggest weakness this season, given their organised defence, and Batshuayi told his new club’s official website: “I’m going to bring as much as I can to help the team win and get some game time to be at my best.

“(The win over Fulham was) very important. It’s good for the team and for me. I feel good but I need to train with the team so to have the whole team together will be something that’s good.

“I spent one day (with them) before training and with the coach.”

Manchester City boss Pep Guardiola is, meanwhile, considering adding to his squad with a double £80million raid, with a Palace star on his radar. Read the full story here…

Get the latest personalised Eagles products on our new TEAMtalk Crystal Palace shop!