Rafa Benitez believes Miguel Almiron can help Newcastle turn defeats into wins after claiming his side were unfortunate not to claim at least a draw at Tottenham.

A late goal from Son Heung-min helped Spurs to a 1-0 success at Wembley on Saturday – but Newcastle had enough chances of their own to win to leave their manager Benitez disappointed.

“We did well for a while and had our chances,” Benitez told Sky Sports. “In the second half they were pushing and pushing. We defended well, but the problem for us we weren’t better on the ball and could not score.”

Benitez was asked about Martin Dubravka’s role in their winner, when the Slovakian left the Korean’s shot squirm under his body – but the Toon boss refused to blame his keeper.

“I have to give credit to Son, but Martin could do better,” Benitez said. “It’s a bad mistake, but we have to analyse our chances at the other end. We hit the post, we had other chances – that for me is the difference and is difficult for us to to win if we don’t score.

“If we’d score first, they’d be under more pressure, it would open up [the game] and perhaps we may have won.”

Benitez added: “We have to give credit to Tottenham, they are a very good team. [They have] Some of the best players in England and several players who can make a difference. For us, we needed to up the intensity and the tempo and make sure we strike that balance between attacking and defending well.”

Benitez was asked what impact new signing Almiron can have on his side and the Toon boss hopes the club’s record £21million signing can provide the club with a big boost going forwards.

“We have competition for places, and we are delighted to have him – but Miguel (Almiron) will not solve all our problems by himself. 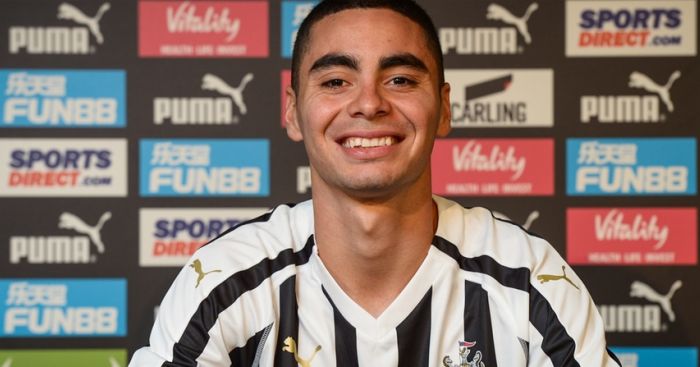 “But we’ll be working hard to improve. The performance is good today, but we just lacked that ability to convert our chances. We’ll keep working hard. Miguel can help.”