Giovanni Reyna has signed a new long-term contract with Borussia Dortmund just months after being linked with Liverpool.

Reyna is one of the most promising teenagers in the Bundesliga. He has only just turned 18, but already has six starts, one goal and three assists in the German top flight this season.

He made 15 league appearances last season, mostly from the bench. Now, Dortmund are trusting him with a more regular role.

Reyna also made his senior international debut for the USA earlier this month. And in just his second cap for the country, he scored a free kick.

Even before that, many clubs have been aware of his potential. Reports in September claimed Jurgen Klopp could raid his old club to take him to Anfield.

However, Reyna has now pledged his future to Dortmund, the club he has been at since 2019. The attacking midfielder has signed a new six-year contract.

It will prove a major obstacle to any hopes Klopp has of luring him to Liverpool.

Explaining their decision to renew Reyna’s contract, Dortmund sporting director Michael Zorc insisted the American would have a big place in the club’s future.

“Gio’s development in recent months has been incredible,” said Zorc. “He will definitely be an important part of Borussia Dortmund’s sporting future.

“I am personally very pleased that he has decided to extend his contract with BVB in the long term with complete conviction.” 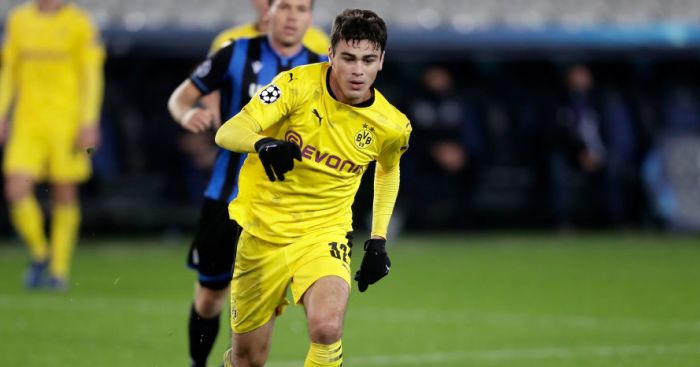 Reyna, who is the son of former Rangers, Sunderland and Manchester City midfielder Claudio Reyna, thinks Dortmund is the best place for him to develop.

“BVB are a big club that can challenge for titles and are in all the important competitions,” he said. “Young players in particular have the chance to develop here.

“I have already learned a lot in Dortmund and I want to learn a lot more in future. I look forward to being with BVB in the long term.”

Dortmund are third in the Bundesliga after their first seven games this season.