Jamie Carragher wants Liverpool to underline their title credentials with a statement performance at West Ham – but has named one Reds star he feels needs to step up.

The Reds face West Ham in Monday Night Football and the Sky Sports pundit admits he’s irked by the perceived lack of disrespect Liverpool have received in recent weeks.

“A lot’s at stake, I don’t think in terms of the title,” Carragher said in reference to Monday’s clash at the London Stadium. “Yes, Liverpool need a result first and foremost, but they also need a performance. Just to shut a few people and those saying about the pressure and they can’t handle this and that.

“I think it’s out of order in a way. This is a team that has lost once [in the Premier League] all season. They drew at Leicester in their last game, but they deserve more respect. The last time they drew was away at Arsenal.

“People say they are showing signs of nerves [by only winning 1-0 at Brighton] but I’d flip that: I’d say it’s showing great character. These are tough places, tough grounds. They should get more credit.”

Jurgen Klopp picked his words carefully when questioned about the title earlier, while Carragher was asked why people are expecting the Reds to slip up, but he responded: “It is too early for title talk – nothing will be decided if Liverpool lose tonight or that [Manchester] City lost at Newcastle – March and April is when the title will be decided.

“But tonight is a night that Liverpool can send a message out to the rest of the country and show them they have the performances to go with the results.” 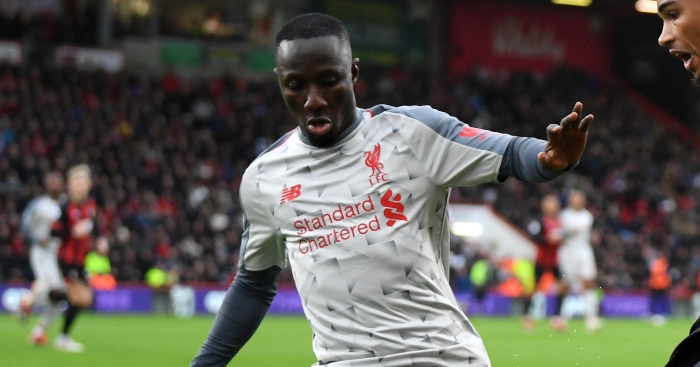 One man who needs a big performance in the capital is Naby Keita, who has struggled to hit the heights since a ‘premium’ £53m switch to Anfield over the summer.

While Klopp defended the Guinean over the weekend, Carragher claimed the former RB Leipzig man has been a ‘major disappointment’.

“He’s struggled. We have to say that of him,” Carragher added.  “A lot was expected of him and he just hasn’t delivered. Maybe tonight is the night….!”