The former Liverpool defender, writing in his Telegraph column, says he will be surprised if Klopp goes away from the Brazilian in his starting line-up at The Etihad.

Firmino has come under fire recently for a start to the season which has seen him score just once in 11 games. Klopp though defended the 29-year-old after the 5-0 win over Atalanta.

Contrast that with the form of new boy Diogo Jota, who has blasted seven goals in 10 games and it’s easy to see why there are calls to play Jota against their biggest rivals.

Carragher wrote: “I will be surprised if Roberto Firmino does not start for Liverpool against Manchester City this weekend.

“In normal circumstances, that sounds obvious. But Diogo Jota’s immediate impact – including a Champions League hat-trick against Atalanta – has brought Firmino’s position under scrutiny, with plenty arguing it is inconceivable a striker in such prolific form can be left out.

“Jota would not be the first Liverpool striker to score a hat-trick and sit on the bench in the next game (just ask Robbie Fowler), but it would be unusual. It will also be explainable.”

Carragher says Firmino’s inclusion will be based on the Brazilian’s ability to initiate Liverpool’s press.

“Firmino’s return will be tactical, not controversial. He is always going to be at his most effective against a side like City,” said Carragher.

“Liverpool and Firmino’s most impressive Premier League performances this season were against Chelsea, Arsenal and Everton.

“Why? Because Liverpool excel playing teams that attempt to play from the back and Firmino is Klopp’s main disruptor – the first point of the high press. No Premier League player won possession more than him last season, Firmino doing so on 37 occasions.”

“Under Klopp, Firmino has executed this specialist role as well as any No 9 in the world, as vital to the package of the Liverpool front three as Sadio Mane and Mohamed Salah’s goals. 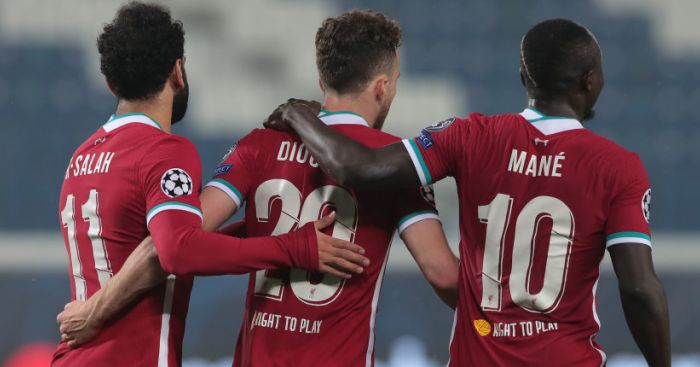 “Changing that formula against a team of City’s style would go against what has worked brilliantly throughout Klopp’s tenure, Firmino tasked with denying space for centre-backs or deep midfielders trying to play from back to front.

“When Liverpool play City, the specific challenge is tailor-made for Firmino’s qualities. Sunday’s is one of the few games in a season where Klopp understands his side may go prolonged periods out of possession.

“That is why he will not think twice about turning to his established front three.”

Carragher though still maintains that Firmino, in his sixth season at Anfield, needs to improve and quickly.

“Even so, Firmino needs to step it up. In the seven league games so far, the concern for him and his manager is he is currently well short of his previous possession-winning numbers. He has only won the ball twice in the final third this season. Mane (9) and Salah (7) have eclipsed him in that area as much as their goalscoring.

“That is mainly because of Firmino’s problems against teams who play long from the back. Aston Villa, Sheffield United and West Ham bypassed Liverpool’s high press, thus negating Firmino’s impact.

“That is when he needs to find alternative ways to greatly influence a game. In those circumstances, the onus is on him to be more productive with the ball, assisting or scoring. His statistics currently compare unfavourably, not only to Jota, but his own previous records. Firmino’s chance-creation rate per game this season is the lowest of his Anfield career.

“The early signs are that over the course of the next few years Jota can replicate what Firmino does so well off the ball, working tirelessly on behalf of the team to win it back, while contributing more goals. He has already scored more for Liverpool than Firmino across the whole of 2020.”

The post Carragher points to stat which will see Klopp start Firmino at Man City appeared first on teamtalk.com.