The 26-year-old was left out of the club’s 2-1 defeat at Tottenham on Wednesday night, with Hornets boss Javi Garcia claiming earlier this week that the player had a knee issue.

The Daily Mirror claims that Chelsea are big fans of the Frenchman, with Maurizio Sarri still yet to get to replace Cesc Fabregas at the heart of his midfield.

Watford have been fighting hard to keep the France Under-21 international away from PSG, while Tottenham have also enquired about the player in the past.

Referring to possibility of moving to Paris, Doucoure said recently: “PSG holds an important place in my heart. 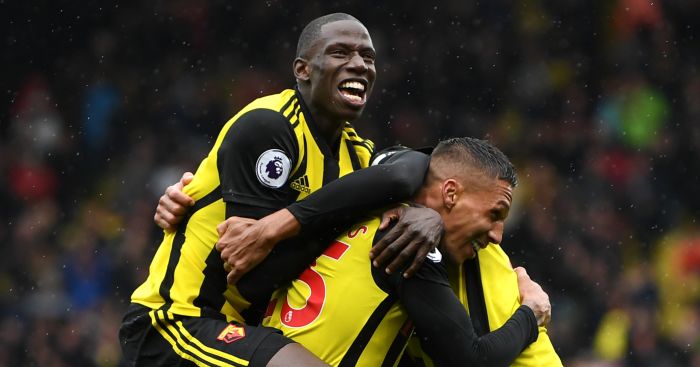 “They already contacted me, but I wanted to move to England at the time.

“Hearing that such clubs are interested in you, it’s a pleasure.

“I think a club like PSG are looking for a lot of players, they have a lot of leads, I’m not the only one. I’m happy to evolve at Watford and the club trusts me.”