Manchester United will play Paris Saint-Germain in the group stages of the Champions League, with matches against Ajax the highlight of Liverpool’s group.

United are in Group H upon their return to the competition, where they will also face RB Leipzig and Istanbul Basaksehir.

Liverpool, meanwhile, also have clashes with Atalanta and Midtjylland to look forward to in Group D.

Chelsea have been drawn in Group E alongside Sevilla, Krasnodar and Rennes.

Manchester City complete the English representation, with fixtures to come against Porto, Olympiacos and Marseille in Group C.

Thirteen-time winners Real Madrid round off the groups, with Shakhtar Donetsk, Inter Milan and Borussia Monchengladbach also in their group.

The official result of the #UCLdraw! 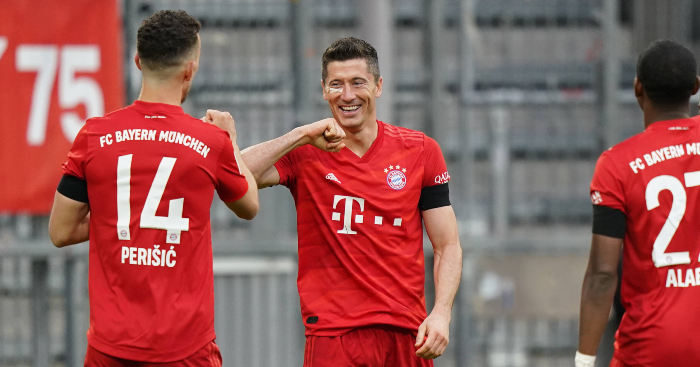 Elsewhere in the draw, UEFA handed out awards for the best goalkeeper, defender, midfielder and forward of last season’s Champions League.

Kevin de Bruyne scooped the midfielder’s prize for City but Bayern stars all picked up awards in the other positions.

Manuel Neuer was named the goalkeeper of the season, with Joshua Kimmich and Robert Lewandowski winning the defender and forwards’ awards, respectively.