Ashley Cole admits his acrimonious exit from Arsenal and the criticism he still gets from supporters of the club more than a decade on is “hard” to accept.

The full-back was an integral part of two Premier League title wins with the Gunners but joined free-spending London rivals Chelsea in the summer of 2006 in a protracted saga.

Cole was dubbed “Cashley” by embittered Arsenal fans although he would go on to win one more Premier League title as well as the Champions League in his eight seasons with the Blues.

After a spell with Roma and Los Angeles Galaxy, he is now back in England with Sky Bet Championship Derby but, speaking as a guest on Sky Sports’ Monday Night Football, he reflected on his Arsenal departure.

He said: “I was a little bit hot-headed and didn’t realise what I was doing at the time as well but I don’t regret it. When I look back now, it was something maybe that was meant to happen.

“Of course it hurt me because I knew it wasn’t just my fault. I didn’t leave for no reason. I didn’t go to Arsene Wenger and say ‘I want to leave’. There was more to it.

“It happens in football now, I’ve seen it happen to a lot of other players. It’s life, I moved on, they moved on.

“I do feel sometimes a little bit sad because it was my club, I played there since I was nine. To have that ill-feeling from the fans, still, is hard sometimes.” 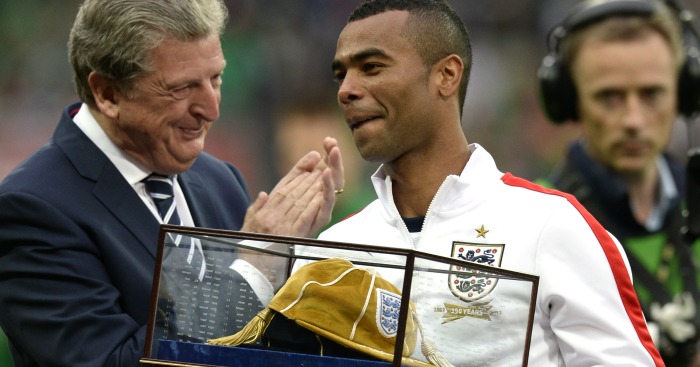 England’s failure to win a tournament with an enviable amount of talent was widely lamented and Cole was unable to put his finger on why they flattered to deceive on the grandest stages.

He added: “I think we were always confident going into tournaments. We had strong players in every position but it just didn’t happen for us. It’s too hard to put a stamp on a reason why we didn’t.

“It’s something I’ll definitely look back on and wonder why we didn’t but I think a lot of ex-players and players that were in and around the squad, we couldn’t put our finger on it. Maybe other teams were better than us.”

Get the latest personalised Rams products on our new TEAMtalk Derby County shop!