Liverpool will sit down with Virgil van Dijk and Fabinho and discuss a contract extension for both players in 2021, according to a report.

Van Dijk and Fabinho arrived in 2018 and have proved vital in bringing silverware to Anfield under Jurgen Klopp.

What’s more, he spoke of how a top club in Spain enquired about a potential deal last summer. However, speaking in the latest episode of his Here We Go podcast, he also mentioned Van Dijk’s future.

“Liverpool will talk to Van Dijk’s agents as soon as he recovers from his injury,” the reporter said.

“I expect that they will begin negotiations for a new contract in March. Same for Fabinho.”

Both players are currently nursing injuries, with Fabinho likely to return after the international break.

The Brazil international has a hamstring strain, but Van Dijk’s injury will keep him out for significantly longer. Indeed, the Reds have not put a timeframe on the Dutchman’s recovery.

Fabinho’s return is a boost for Liverpool but, alongside that, they have received another setback. Joe Gomez underwent knee surgery on Thursday and, like Van Dijk, faces a long road back. 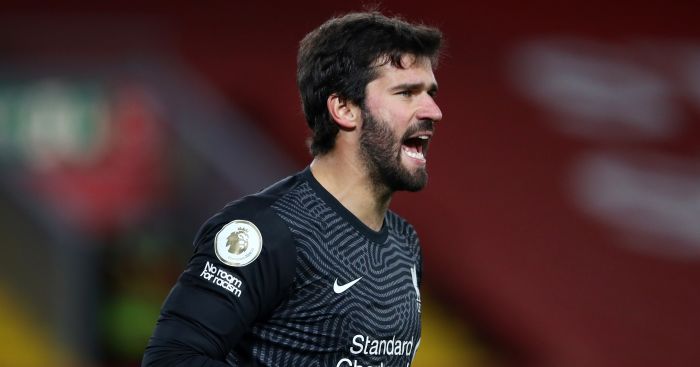 Liverpool have several players in their squad who could be labelled the club’s most important player. Forwards Sadio Mane and Mohamed Salah have proved crucial, as has captain Jordan Henderson.

However, goalkeeper Alisson Becker – also among the leaders – has hailed his fellow Brazilian Fabinho as his team’s most unmissable player.

He told Globo Esporte: “I believe that Fabinho is the most important player for both the club and the national team, this is my opinion about that.

“He’s a very important player wherever he is, he always proves his worth on the pitch.

“He has been playing for Van Dijk and, unfortunately, with his injury we miss him too. He can play in midfield, as a defender, he was a full-back in the past and these characteristics bring even more value to him.”