Both Chelsea and Aston Villa missed out on the chance to move into the Premier League top four as they played out a 1-1 draw at Stamford Bridge.

Going in to the game joint level on 25 points, both sides knew that a win would carry them above Manchester United until tomorrow at least.

But Anwar El Ghazi’s goal early in the second half cancelled out Olivier Giroud’s header as the points were shared in London.

It was an entertaining contest though and was from the outset, with both sides having attempts at goal in the opening exchanges. Antonio Rudiger seeing a header saved by Emiliano Martinez before Jack Grealish forced Edouard Mendy into a smart stop with a curling effort from the left. El Ghazi also hit a shot on target from the resulting corner but saw it blocked.

But the first big chance of the game came in the 12th minute and fell to Christian Pulisic, who raced onto a sloppy pass from Grealish to burst into the box but could only hit the side netting with his strike.

Just two days after netting his first goal of the season, Kortney Hause had an opportunity to double his tally when he was picked out by a fantastic Grealish delivery from a free-kick but the defender sent his header high and wide.

Pulisic had another huge chance to nudge Chelsea ahead in the 31st minute too after a cross into the box ricocheted around and caused panic among the Aston Villa defence, but he hooked his effort over the bar.

Two minutes later though the Blues did hit the front through Giroud, starting ahead of Timo Werner, when he stooped low to direct Ben Chilwell’s cross into the bottom left corner. 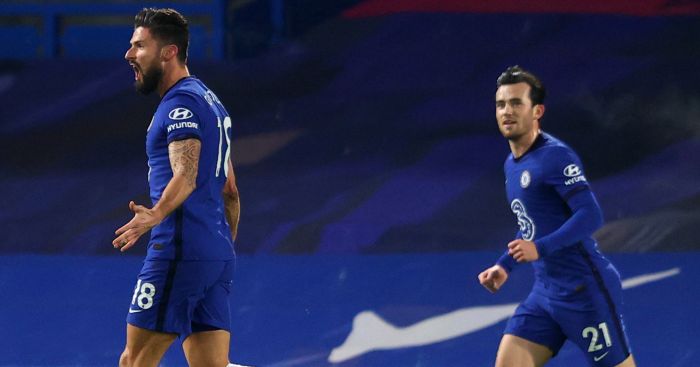 That was the first goal Villa had conceded since the end of November, however Chelsea looked as though they had it in them to add a few more as they started to control proceedings.

Mason Mount was next to go close when he created an opening after twisting and turning his way past a number of defenders in the box but he fired his shot over the bar.

Dean Smith’s side were able to deficit to just one at the break though, and were rewarded for their resilience early in the second half as they grabbed an equaliser.

It came from El Ghazi, scoring his fourth goal in three games, who snuck in behind the defence to meet Matty Cash’s delivery and side foot his volley through Mendy’s legs.

There was some controversy about the goal as Andreas Christensen was down injured during the phase of play following a collision with Grealish, however VAR ruled there was nothing doing and the goal stood.

Chelsea thought they had retaken in the lead in the 67th minute when Cesar Azpilicueta found the net, but it was disallowed as Pulisic was offisde in the build-up.

That chance sparked a lively few minutes, with each side going close. First, John McGinn thundered an effort against the crossbar from 25 yards with Mendy beaten before Callum Hudson-Odoi tested Martinez, but the ex-Arsenal man collected safely.

It was clear neither team were happy to settle for a point as they both continued to push forward, while Frank Lampard introduced Werner and Kai Havertz for Giroud and Jorginho. 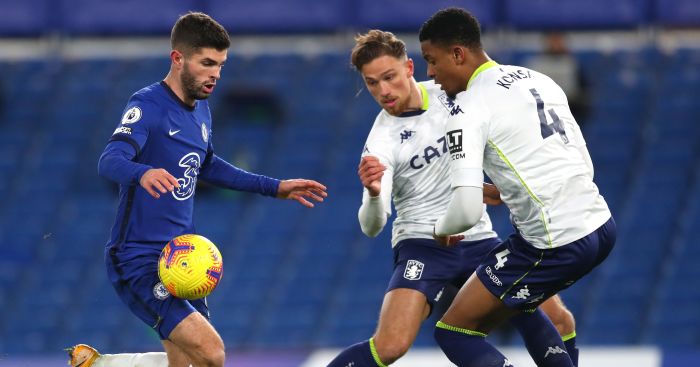 Chelsea looked the more likely to find a winner with Pulisic, who had been lively throughout, having a long-range attempt tipped over in the 79th minute and Chilwell seeing an effort deflected behind for a corner moments later.

Although, Jacob Ramsey almost nicked it for Villa with his first touch but he couldn’t quite curl the ball into bottom right corner as it rolled inches wide.

Chilwell almost topped off a fine individual performance with a winner in the 92nd minute but his volley flashed across the face of goal and narrowly wide as the points were shared.