Everton have identified two potential targets as they consider adding competition for Jordan Pickford, according to reports on deadline day.

Pickford has been number one for club and country for a few years, but some high profile errors have put his chances of retaining those roles in doubt.

Carlo Ancelotti has regularly defended his goalkeeper, but according to reports, he may want to sign another player in that position before the transfer deadline.

Fortunately for Pickford, Ancelotti is not eyeing a replacement for him, but a reliable backup to keep him on his toes instead.

At present, Jonas Lossl – who spent the second half of last season back on loan at Huddersfield – and 20-year-old Joao Virginia are the only other goalkeepers in the squad.

Therefore, Everton want to bring in another option to deputise for Pickford.

According to The Times, two players they have made contact for are Sergio Romero and Paulo Gazzaniga.

Both players have fallen down the pecking order to become third choice at their respective clubs. Romero is behind David De Gea and Dean Henderson in the pecking order at Manchester United, while Tottenham prefer Hugo Lloris and Joe Hart to Gazzaniga.

The Argentine goalkeepers both possess good levels of experience, though. Therefore, Everton could make a move for either of them.

However, the Toffees are only willing to submit loan offers for the duo. Both Man Utd and Spurs would rather sanction permanent exits for their respective players. 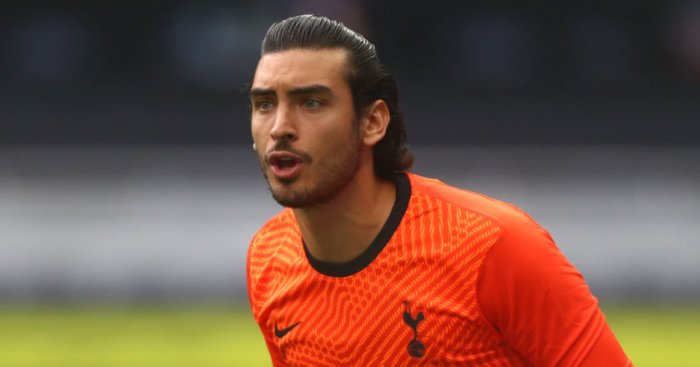 The Premier League champions will be without Alisson Becker for a period of time, and could consider a more reliable deputy than Adrian – who conceded seven goals against Aston Villa.

A report from The Independent claimed that Liverpool were ready to make contact with Tottenham about the chance to sign Gazzaniga.