Leeds United lost their opening game 4-3 against Liverpool at Anfield on Saturday, but they showed enough signs that they are here to stay.

The Whites matched the Premier League champions toe-to-toe and thrice came back from behind to set up a pulsating thriller.

Even though it was the first match of the season, the game had everything to be considered as a Premier League classic, with both teams playing fluid and eye-catchy attacking football.

Leeds midfielder Kalvin Phillips impressed heavily during the match, and many Liverpool fans are impressed with the England international.

Phillips took to social networking site Instagram after the match to describe his feelings. Several players like Raheem Sterling, Jude Bellingham and Ben White responded to his post with emojis, while Everton player Yannic Bolasie posted a four-word message for him – “Levels today my g!” 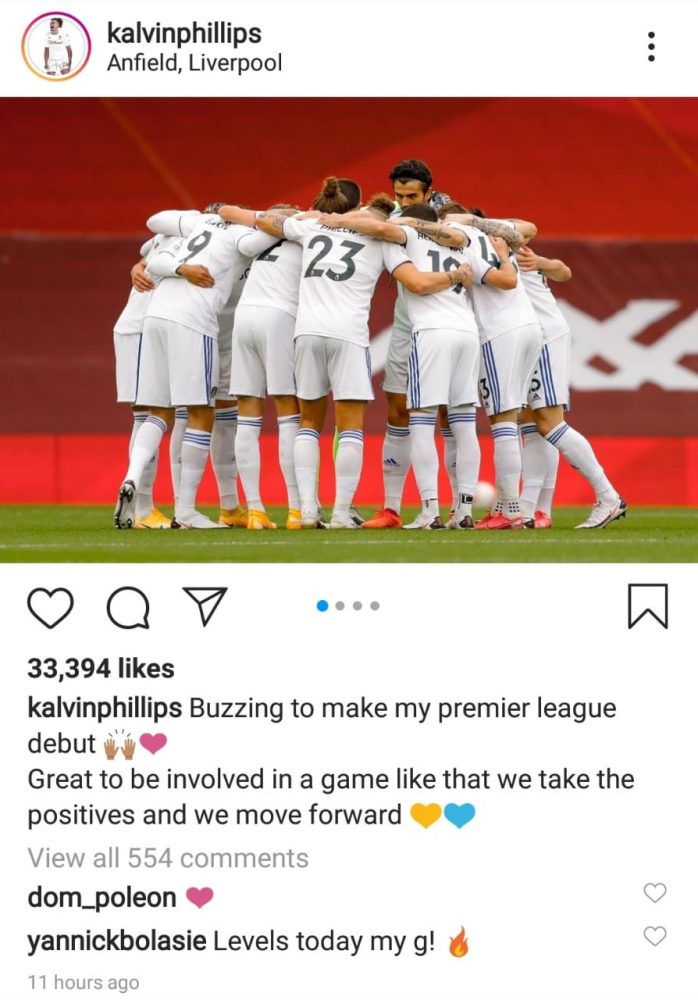 Phillips has progressed immensely under Marcelo Bielsa at Leeds and was arguably one of the finest midfielders in the Championship last season.

The way he played against the Champions – his tackling, ball recovery, and sprinkling passes from deep midfield – suggests that he will adapt to the Premier League in no time.

Leeds have returned to the Premier League after a long absence of 16 years, and they are looking to stay in the top-flight for years to come.