Joaquin has revealed why he turned down a move to Chelsea while Jose Mourinho was at the helm.

Spanish newspaper AS  has a full page interview with the Real Betis star explaining why he turned down Mourinho and the Blues.

Joaquin, 38, said: “First, because I didn’t want to leave Betis. A week before we had played at the Bernabeu against England, I had a great match and Jose was there, he was interested.

“A few days later I recorded an advertisement in Madrid and when I returned on the AVE [high-speed rail], my father tells me that Mourinho is in Seville, waiting for me at Alfonso XIII.

“And I’m on the train thinking about England, the weather, the language… I made a cocoa and when I arrived, I told to my father: ‘Dad, I’m not going’. Anyway, he’s going to convince me, I thought.

“And I did not go. The next day Mourinho returned and [Manuel Ruiz de] Lopera [former Real Betis chairman] told me that I had to sell myself for the future of the club. I answered no.” 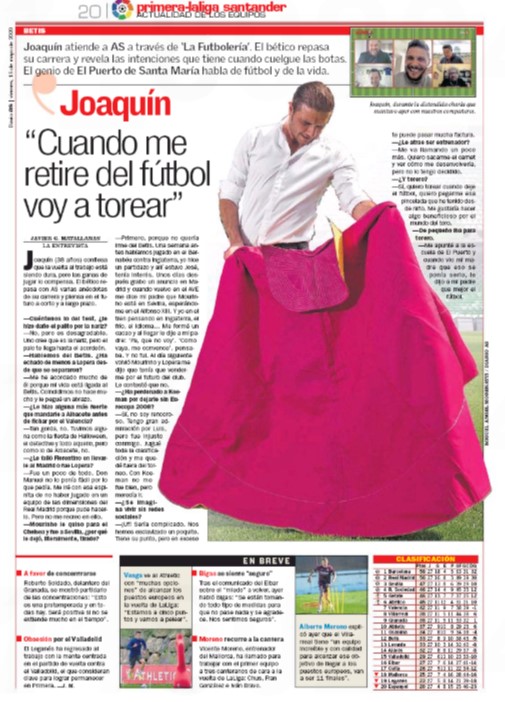 As Sport Witness point out there is no mention as to when Mourinho registered his interest in the ex-Spain international.

However, the match against England at Bernabeu, which was referenced by the winger, took place in November 2004.

Meanwhile, Chelsea are planning to offload two unwanted players in the summer to fund a welcome move for Jadon Sancho, claims a report.

With the coronavirus pandemic hitting clubs financially across Europe, Chelsea are hoping to cash in on Tiemoue Bakayoko and Alvaro Morata with the Daily Express claiming they want to bank close to £80million for the pair.

The post Ex-Spain star explains why he snubbed transfer to Chelsea appeared first on teamtalk.com.