Roberto Firmino claims Philippe Coutinho is a player with “magical powers” and claims the Liverpool old boy is among the world’s elite stars.

Coutinho’s move to Barcelona from Liverpool in January 2018 has not worked out how he would have liked. He spent last season on loan at Bayern Munich – ironically scoring twice against his parent club in their shocking 8-2 defeat in the Champions League.

That result has prompted wholesale changes at Barcelona, with Ronald Koeman replacing Quique Setien as manager.

However, Koeman’s return has handed Coutinho a lifeline at Barca.

He has been back in their side, though his inclusion appears to have put Antoine Griezmann’s nose out of joint.

Firmino lined up alongside Coutinho for three years at Liverpool and plays with him while on international duty for Brazil.

While Coutinho has often found himself linked with a return to Liverpool, Firmino is refusing to discuss that possibility.

Instead, he has explained to FIFA.com why his former Anfield teammate is so special.

“You simply can’t say that he’s not a magician. He has magical powers. He produces plays that don’t exist, that you couldn’t make up.

“I’m a huge fan of his. He’s one of the very best players in the world.”

Coutinho’s exit at Anfield allowed Xherdan Shaqiri the chance to claim the playmaker’s role at Anfield.

While fitness issues have gotten in the Swiss star’s way, he hopes he can shine again this season.

That’s after the former Bayern Munich and Inter star explained why he’s snubbed a move away this summer. 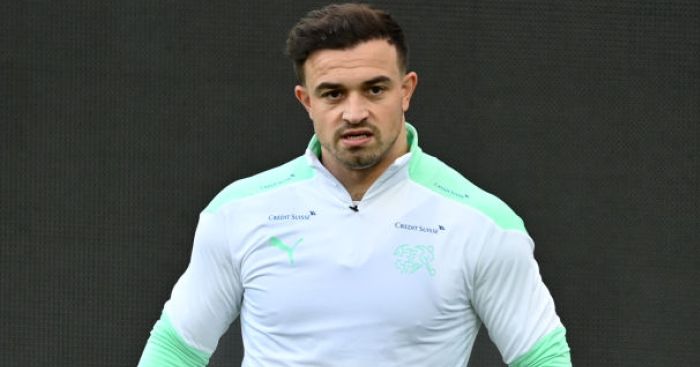 Speaking ahead of Switzerland’s game with Germany on Tuesday, Shaqiri said: “Yes, I think enough has been written and said [about my future].

“We are here in the international game and I don’t want to talk too much about Liverpool because Tuesday is a good game and let’s not forget it.

“We are playing against Germany who are a big team. So I would love to answer more questions about Germany or about the international match.

“Sure, in football there is always speculation and the players need to think about their situations. That is completely natural.

“And of course, I have thought about it, that is completely normal. But in the end I decided to stay.

“The transfer window is closed. Now I will go back to training with the team after these international matches and try to continue to perform well, which I already have a few times, also at Liverpool and that is my goal.”