Gabriel Jesus was back with a bang for Manchester City as he scored off the bench in a 3-0 Champions League win over Olympiakos at the Etihad Stadium.

City had an early lead through Ferran Torres, before late strikes from Jesus and Joao Cancelo made it three wins from three for Pep Guardiola’s men in Group C.

Jesus was back on the bench for City, returning after a being out since the opening weekend of the season with a thigh injury.

Guardiola also changed three of his back four for the clash at the Etihad, with John Stones, Nathan Ake and Oleksandr Zinchenko all starting.

The hosts went straight onto the front foot and had already threatened through Phil Foden, Riyad Mahrez and Kevin De Bruyne when they went ahead in the 12th minute.

The goal came as Torres played a good one-two with Kevin De Bruyne and then calmly side-footed past Jose Sa. 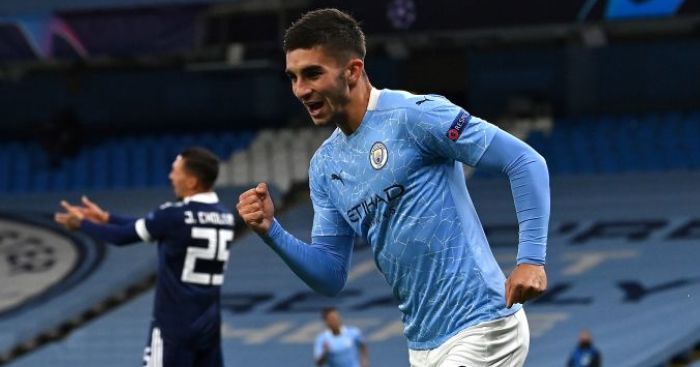 Raheem Sterling drilled an effort straight at the keeper as City’s dominance continued. Indeed, Olympiakos failed to muster a single touch in the City area in the opening period.

The Greek outfit were much improved in the second period, however, with Mady Camara spurning a great headed chance from a corner.

Mathieu Valbuena then lashed an effort wide after an error by Foden, as City appeared to take their foot off the gas.

Guardiola introduced Jesus off the bench with 20 minutes to go, and he made the game safe with a thumping finish.

The Brazilian was found by De Bruyne on the right-hand side of the area, ran at his marker, then threw a dummy before lashing into the roof of the net from a tight angle.

Substitute Cancelo sealed what turned out to be a really good night for City in the 90th minute when he played a one-two with Felix Nmecha before curling home a fine effort.

The post Gabriel Jesus back with a bang as Man City stroll past Olympiakos appeared first on teamtalk.com.