Serge Gnabry returned to London with another haunting display in the capital, as his two goals helped Bayern Munich to beat Chelsea 3-0 in the Champions League.

Bayern boss Hansi Flick declared Poland hitman Lewandowski to be “in the form of his life” in the build-up to this last-16 first leg, and the 31-year-old duly tapped home a third for the rampant Bavarians.

Chelsea’s miserable night was compounded by a red card for Marcos Alonso, who was dismissed after a Video Assistant Referee review ruled he had whacked Lewandowski in the face.

The Blues will also be without Jorginho for the return leg in Munich on March 18, after the Italy midfielder picked up a cheap yellow card for dissent.

Lewandowski took his season’s tally to a remarkable 43 goals in 39 games for club and country, but in reality it was the all-court striker’s two assists that sealed Bayern‘s victory.

Gnabry never made the grade at Arsenal despite possessing bundles of talent, but he has flourished into a marauding winger of the highest quality at Bayern.

The 24-year-old notched his 16th and 17th goals of an already hugely fruitful club campaign. 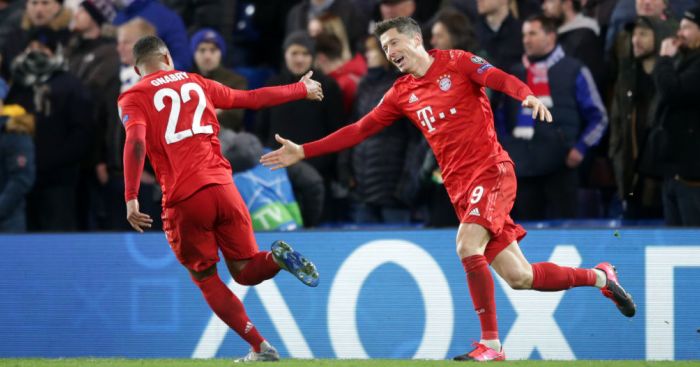 Chelsea were by far the happier side to reach the interval with the scores deadlocked.

The Blues were not without their chances however, with Olivier Giroud heading on target but via the turf, with the bounce removing any sting in the effort.

Ross Barkley miscued a cross with Mount lurking unmarked in the centre, and Alonso cut inside before drawing a solid parry from Manuel Neuer.

Bayern were in no mood to waste any more chances after the turnaround though, and quickly took control.

First Lewandowski cut back in hugely unselfish move, to lay the opener on a silver platter for former Gunner Gnabry.

Cesar Azpilicueta’s luckless slip let the Bavarians in behind the home defence, and Lewandowski squared when he could have fired home.

The Poland striker’s deft pass let Gnabry blast in with ease though, and almost as soon as Bayern were ahead, they doubled that advantage.

Lewandowski drifted out to the left wing, flicked a header inside for Gnabry – he raced onto the ball and fed his striker again.

Catch up on all the match facts and stats here…

And once more Lewandowski returned the compliment, with Gnabry racing through before feathering the ball into the far corner past a blameless Caballero. 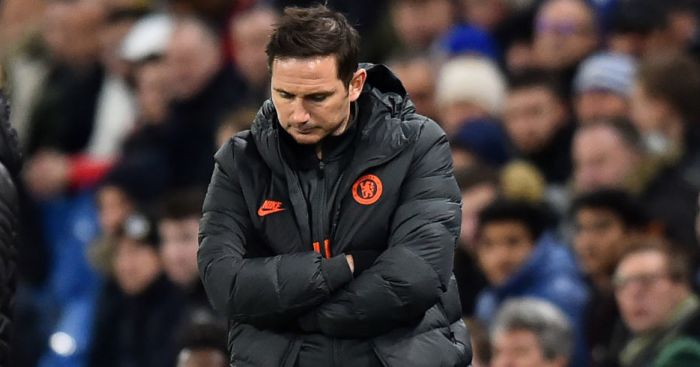 Andreas Christensen was fortunate not to concede a penalty for a handball, but Bayern were not to be denied a third goal.

Alphonso Davies raced down the left and teed up Lewandowski for a tap-in, with the Poland poacher not to be denied his obligatory goal.

A motionless Frank Lampard‘s face was just as creased as his crossed arms in the Chelsea dugout, the Blues boss well aware of the kind of miraculous performance that is now required to reach the quarter-finals.

The post Gnabry stuns with another London haunting as Bayern sink Chelsea appeared first on teamtalk.com.