Owen Hargreaves believes Manchester United and Arsenal will have little choice but to give the Europa League their maximum after claiming neither have much chance of qualifying for the Champions League through a top-four finish.

Two of English football’s juggernauts have been forced to ply their European trade this season in UEFA’s second competition after finishing fifth and sixth, respectively, in the Premier League last season.

United played in the Champions League last season, reaching the quarter-finals before coming unstuck against Barcelona, while the Gunners are well used to play Thursday night football; this being their third successive season in the Europa League.

And while both clubs have made respectable starts to the Premier League this season, BT Sport pundit Hargreaves claims neither has the quality required to claim a top-four finish.

“I think it’s massive for both of them,” Hargreaves said on the importance of the Europa League, given the winners of the competition can earn a place in the Champions League.

“They’ve fallen behind Manchester City and Liverpool, they have.

“The fact of the matter is this competition I think for both teams is, in a way, must win.

“I don’t see either of them finishing in the top four the way they’re currently playing. 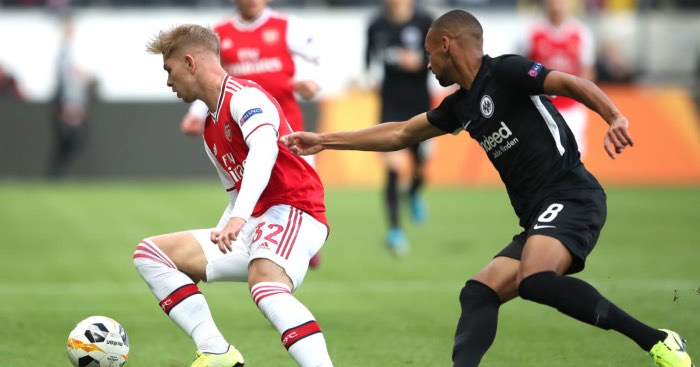 “So I think the best way to get in there is this competition.

“You think for Man Utd, all those young players as well, it’s a great opportunity against smaller teams.

“I think for Arsenal, again for them with all the players they have, can they find a way to win this competition?

“They probably have one of the best squads in the competition.”