Manchester United failed with an attempt to sign Bayer Leverkusen winger Moussa Diaby during the recent transfer window, according to a report.

United earmarked their attack as a key area to strengthen in recent months and held interest in several players.

Borussia Dortmund’s Jadon Sancho was a top target, but the winger’s £108million fee put the Red Devils off.

However, according to Bild, the Old Trafford club also had their sights set on France Under-21 star Diaby.

The 21-year-old was reportedly United’s principal target in the final stages of the transfer window. What’s more, the Red Devils were keen to pay up to £45million for the player.

However, after Kai Havertz‘s sale to Chelsea, Leverkusen were desperate to keep hold of another of their prized assets.

Diaby developed in Paris Saint-Germain’s academy and made 34 first-team appearances for the French champions. 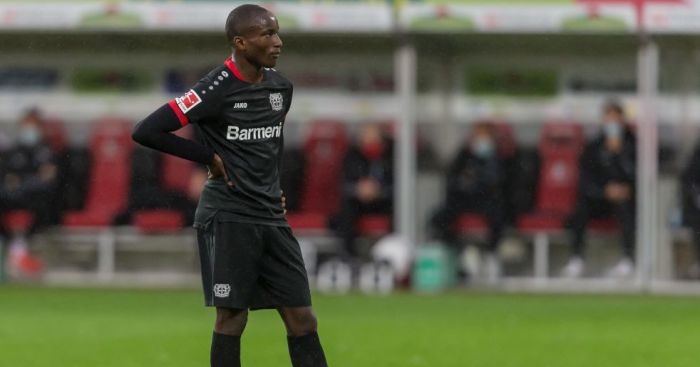 But after moving to Germany last summer, he has so far played 48 games, scoring 10 goals and nine assists.

Despite losing out on Diaby, though, United did eventually sign up two exciting wingers. Uruguayan Facundo Pellistri joined, while Amad Diallo will arrive from Atalanta in January.

Rashford and Greenwood, the former early on this season, have proved vital parts of Solskjaer’s attack.

However, Scholes claims they should be offering more and insists they remind him of Nani’s sporadic problem at Old Trafford.