The Blues responded from the humiliating 4-0 loss at Bournemouth – their worst league defeat in over 22 years – by beating Huddersfield 5-0 at Stamford Bridge on Saturday.

Hazard scored twice to take his season’s tally to 15, while Gonzalo Higuain netted a brace for his first goals for Chelsea, who travel to the Etihad Stadium next Sunday.

Chelsea have lost five of their last 13 Premier League games, but one of the wins in that period was the December 8 defeat of City, which came as a surprise to Pep Guardiola’s men, who had been unbeaten in 21 prior games.

“It’s going to be a different game than two or three months ago,” Hazard told Chelsea TV.

“I think they will have the ball. City have these kind of players to play together.

“We will defend well and then we will score one goal or two.” 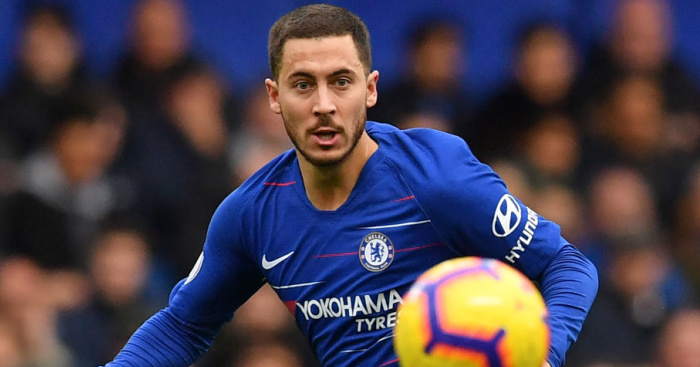 The City match is the first of a difficult run, which includes the February 24 Carabao Cup final against the same opponents.

Chelsea also face Manchester United in the FA Cup fifth round on February 18, either side of Europa League last-32 legs with Malmo of Sweden and Tottenham in the Premier League, after the Wembley final.

“We need to be focused,” Hazard said.

“This month is going to be hard, but we are Chelsea. We can beat everyone if we want.”