Roy Hodgson admitted that Wilfried Zaha’s future may still lie away from Crystal Palace despite him scoring the winning goal against Southampton.

Palace got their season off to a winning start thanks to Zaha’s early goal – and the winger could have had another late on.

It served as another example of Zaha’s credentials to succeed at a higher level. However, in the buildup to the game, Hodgson said Palace have “no intention” to sell him amid links with Tottenham.

After the game, though, Hodgson admitted that the Ivory Coast international is still optimistic of an exit.

“Wilf showed a lot of composure to take the chance,” Hodgson said. “He made it look easy.

“He thinks it would be nice if some club came in and paid the market price. Let’s see what transpires, for me hopefully nothing.

“I think he still hopes a big club comes in and takes him from us.”

“I’m not concerned that our back-four is not good enough but you need more than four players.” 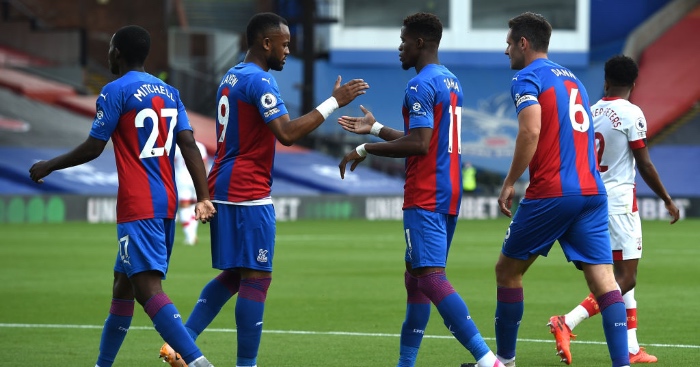 Palace were still able to keep a clean sheet though. And they had goalkeeper Vicente Guaita to thank for that.

“I’m indebted Vicente Guaita to for what I thought was an incredible save from Danny Ings,” Hodgson added.

Overall, the 73-year-old was pleased with the determination shown by his side.

“I liked the grittiness, the organisation, the discipline and determination not to make errors and fall into the type of football they play.

“I think we showed if that meant sacrificing some of the more beautiful football then we did it.”