Inter Milan sporting director Piero Ausilio has moved to dismiss reports that Milan Skriniar is poised for a move to Tottenham.

Skriniar is boss Jose Mourinho’s No 1 defensive target after losing Jan Vertonghen in the summer. And the commanding defender is understood to be keen to try the Premier League.

Reports earlier this week claimed talks were ongoing with Tottenham close to a £30m swoop.

Spurs have until 11pm Monday to get the deal done for the Slovakia centre-back, who has been a mainstay at Inter for three seasons.

Skriniar lost his place in Antonio Conte’s side last season though and he was omitted from the side on Saturday. Conte picked a three-man defence of Alessandro Bastoni, Danilo D’Ambrosio and Aleksandar Kolarov for their first league match of the season  – a 4-3 win over Fiorentina.

Daniel Levy is also believed to be keen on a deal. And that, along with a lucrative long-term contract, is hoped to be enough to get the deal over the line.

However, despite seemingly being out of favour under Conte, Ausilio is adamant the Slovakian is not on the market.

In an interview with Sky Sports Italia, as cited by Tuttomercatoweb, he insisted there were also no offers on the table.

“We reiterated that Skriniar is not on the market and no offers have arrived in this sense,” Ausilio said. “Rather than reiterating that he will stay here, I don’t know what to say!”

Inter themselves are still in the market to bolster their squad and are looking at new arrivals from the Premier League. 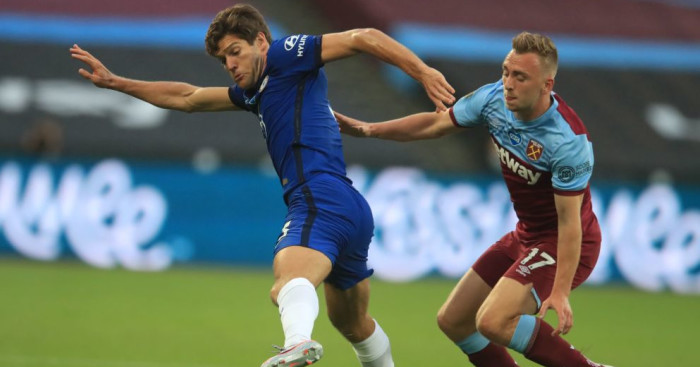 One player strongly linked with the Nerazzurri is Chelsea wing-back Marcos Alonso.

The player appears destined to leave Stamford Bridge after falling out of favour under Frank Lampard.

And Ausilio appears open-minded about the possibility of him moving to the San Siro.

When asked directly if Alonso would sign, he commented: “The market ends in a few days. Numerically we are okay, indeed perhaps some exits will be needed on the players who are more. Any opportunities must pass through the exits.”