Liverpool manager Jurgen Klopp saw the 1-1 draw against Leicester as a point gained and not two dropped in the title race – but felt they were unlucky with a number of refereeing decisions.

Maguire was lucky to escape with a yellow card for bringing down Mane as he threatened to race clear while Naby Keita was denied a penalty after a second-half challenge by Ricardo Pereira.

“I don’t see it like we dropped points. We take what we get, and tonight it’s a point. It’s more than we had before the game, and that’s fine,” said Klopp, whose side extended their advantage at the top of the table to five points over Manchester City, who surprisingly lost at Newcastle on Tuesday.

“Is it that I am now overly-happy? No, of course not because we wanted to win that game, but we knew before that it would be really difficult.

“So the 1-1 is absolutely OK. I think everyone agrees it could have been a penalty but I don’t know why it was not given.

“I don’t know what he thought in that moment. I think he had the best position. Usually, I have to explain penalties which were penalties, and you ask me if it was a soft penalty. 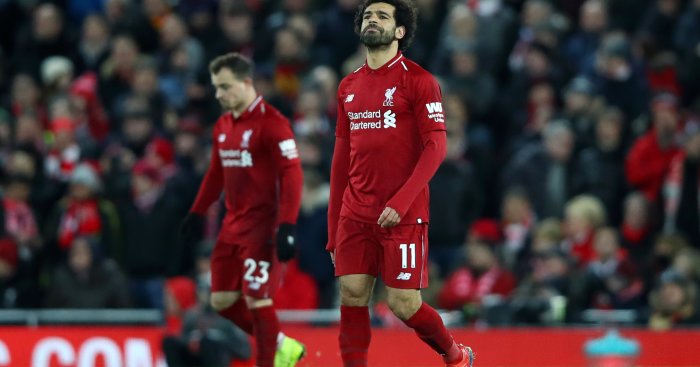 “A penalty is a penalty, there was no blood involved again today but it’s a penalty because one of our players is in the box. It is like it is. It won’t change. Nothing to worry about, keep on going.

“Then we have the situation with Maguire, the second time in a game where a striker of ours is brought down at the halfway line, and we treat it like it was I don’t know where!

“Mane would not have been alone (on goal) because Mo Salah would have been around him, it was a two-versus-Schmeichel situation, if that is not a real goalscoring situation, I don’t know what is.”

The post Jurgen Klopp has radical view on Liverpool’s draw with Leicester appeared first on teamtalk.com.