Jurgen Klopp has admitted he is all too wary of the threat posed by Liverpool’s nemesis Jamie Vardy – and the German admits he cannot explain why the striker has such a good record against the Reds.

The 32-year-old forward has scored seven of the Foxes’ last 10 goals against the Reds and all his goals have come in just eight appearances.

Vardy, who was suspended for the Reds’ 2-1 victory at the King Power Stadium in September, has scored in each of his last five meetings and is one of only seven players to have scored seven times against the Reds in the Premier League, with only Andrew Cole (11) and Thierry Henry (eight) having more.

But the former England international has not just reserved his best form for Liverpool as he has scored 13 goals in 16 previous meetings against the big six.

“Jamie Vardy is a fantastic striker. It’s quality, the speed he has, the finishing skills he has,” said Klopp.

“He’s a massive threat and he always was, but a few times we made it pretty easy for him.

“Lucas Leiva, did he get an assist? I could have scored that goal (when Lucas passed to Vardy eight yards out in front of an empty net).

“I don’t exactly know why Jamie has such a good record against us but I would say minus one goal because that was the only one he shouldn’t have scored. A very good player and that’s why he’s such a threat.”

Despite Vardy’s threat Liverpool have won the last three league matches against Leicester – though Foxes boss Claude Puel has already sent a warning to the league leaders ahead of the game. 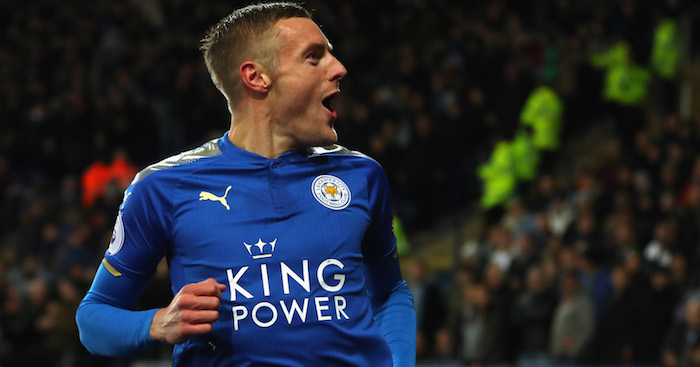 But Klopp is taking nothing for granted as he seeks to keep his side out of the clutches of Manchester City, still four points behind the Reds – despite this Pep Guardiola warning – at the top of the Premier League.

“They like playing against the top sides. They are not that much a counter-attacking side as they were in the past but they are a massive threat,” the boss added.

“We expect a very dangerous opponent. They have quality, it’s a super team. I can imagine they are not happy with the situation, where are they, 11th?

“A few years ago that would have been a brilliant position for Leicester but not after winning the league and playing Champions League, investing a lot of money in the team. 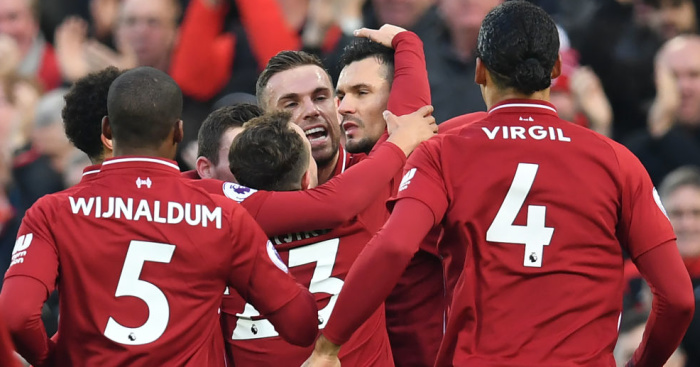 “I’m really happy it’s a Wednesday night game because I hope our supporters feel the need of real support.

“It’s 10 days since we played at home. We are really looking forward to it, but it won’t be easy like the last game (a 4-3 victory over Crystal Palace) was not easy.

“It’s about squeezing everything out of the players, so we can perform good enough to win the game.”

The post Jurgen Klopp names the Leicester player who genuinely terrifies him appeared first on teamtalk.com.