Jurgen Klopp has been very careful not to give Manchester City a psychological a boost in the race for the Premier League title in his latest interview.

Liverpool missed an opportunity to extend their advantage at the top of the table over nearest rivals Manchester City in midweek to seven points, while City clawed back another three points with a win over Arsenal on Sunday.

It means the Reds have a two-point lead ahead of their clash with West Ham at the Olympic Stadium tonight, but Klopp is refusing to accept that his side have the upper hand in the race to become champions.

“Somebody told me before the game [Leicester] that if we won we would be seven points ahead,” he told Sky Sports.

“Only one team in the history of English football dropped that advantage. It was Kevin Keegan’s Newcastle and I thought what do we do with this information? But human beings are like that.

“We only do our job and so far we have done it really well. That is what we will do again. You decide what you think, I decide what I think.

“We are relaxed in this situation – not too relaxed, it is not that we don’t care,. We care a lot but we know that we have to give our best until the last match and then we will see what happens and where we will finish the season.

“It is not about losing. It is about the opportunity to win something. We are in the situation that we can win something. Do we think we will win it? No, because we cannot be sure but we can do everything to try and be as high as possible in the table. I can promise that.” 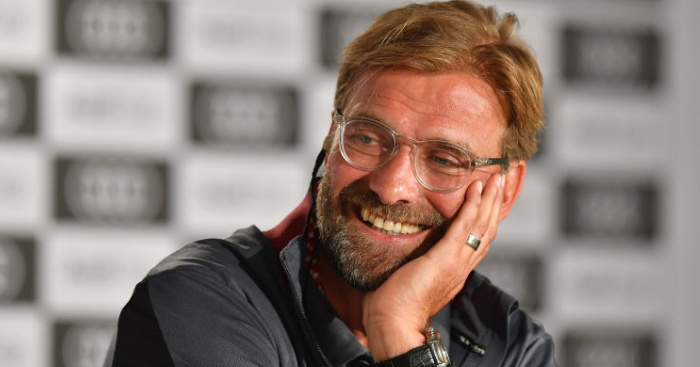 Klopp, asked what his dream is this season, claimed he is not a big dreamer because he is too busy working with 14 games to go.

“I don’t dream too much. My dream is to stay healthy until I am 96, 97, having no disease, can remember everything,” added Klopp.

“I dream of that. [Being] together with my missus, having grandchildren – that is my dream.

“I don’t dream in the job. I am working to be honest. Our job is to fulfil dreams. Not our own ones. Maybe the boys have one. I am not a big dreamer. I am still a happy person.”

The post Jurgen Klopp picks his words carefully as he is quizzed over title tilt appeared first on teamtalk.com.