Liverpool manager Jurgen Klopp has admitted the club face an anxious wait over the fitness of Roberto Firmino after explaining what caused the Brazilian to miss Friday’s win over Huddersfield.

The forward missed the 5-0 victory with a minor muscle tear and he is a doubt for Wednesday’s Champions League semi-final first leg in Barcelona.

“Bobby trained on Thursday completely normal. It was not high intensity, we had to work on set-pieces a bit, a couple of things,” said the Reds boss.

“I didn’t see it in training, it happened obviously in the last situation in training, he felt the muscle a little bit.

“Now that’s the official diagnosis: he has a small tear in a very small muscle. Apart from the word ‘tear’ everything is positive.

“It’s Bobby so he might be ready for Wednesday, but we don’t know obviously in the moment.

“Because it’s him it’s more likely than not, but we will see. Of all the badness you can get it’s pretty much the best, but it’s still bad enough that he couldn’t play tonight.”

Should Firmino be absent against Barca, Klopp will decide between Daniel Sturridge or Divock Origi to start in attack – or he could change his system and bring in an extra midfielder.

Klopp was otherwise happy with Liverpool’s performance against Huddersfield and praised their work ethic against the Terriers.

“We are happy with the points we have and now we are focused on the next game. We have a mindset that works and we try to create problems for each opponent by working hard,” the Reds manager said. 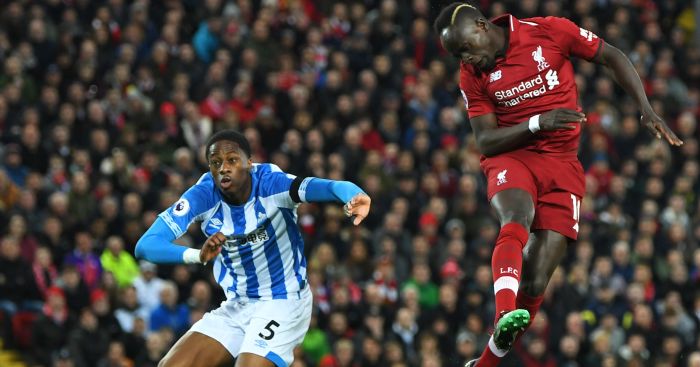 “It’s obviously an outstanding group of players, who did well against a Huddersfield side who are much better than the result shows.

“They had proper counter attacks so we needed to be patient and we scored wonderful goals.”