Juventus are reportedly ready to launch a £66m transfer bid for a Real Madrid midfielder, also wanted by Man Utd and Liverpool, in January.

The Spain international’s future at the Bernabeu was the subject of much speculation over the whole summer, but he ultimately decided to remain in Madrid.

The 27-year-old appeared in Real’s first two LaLiga matches of the season before suffering a hamstring injury just before the international break.

Juventus were rumoured to have been showing an interest in the playmaker earlier in the year but Calciomercato now claims that the reigning Serie A champions will go all out to get their man in the new year.

The Daily Mail states that Madrid value at Isco at £66million and that although Zinedine Zidane values the player, the Spanish giants will do business for the right price – news that could also alert Ole Gunnar Solskjaer and Jurgen Klopp. 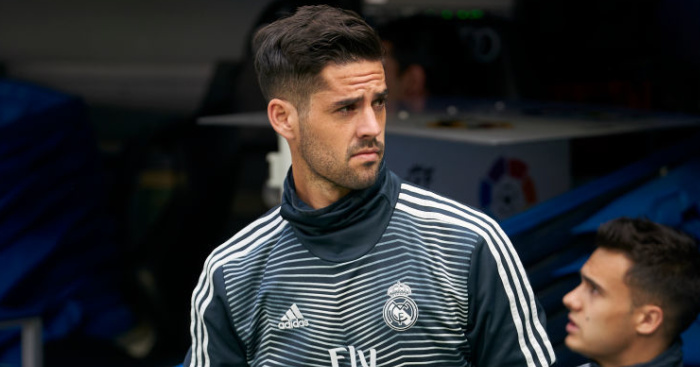 Madrid brought in a whole host of new names in the summer window, including Eden Hazard, Luka Jovic, Eder Militao, Rodrygo and Ferland Mendy, creating huge competition for places as a result.

Juve also have plenty of options in midfield, but the report adds that Isco’s creative qualities would add a new dimension to Maurizio Sarri’s side.