Kalvin Phillips has a surprise name in mind when asked to select the Leeds star he feels is most capable of breaking into the starting XI.

Marcelo Bielsa’s side have made a strong start to life back in the Premier League. They temporarily climbed third after last weekend’s 3-0 win at previously-unbeaten Aston Villa.

Their efforts have even prompted this reaction from Carlo Ancelotti, whose Everton side are also riding high.

Playing twice weekly took its toll on the Leeds squad last season. Their bench was regularly filled with youth stars as Bielsa’s decision to work with a small squad paid dividends.

This season, however, is a different story. Leeds’ bench has regularly been packed with internationals and there is now genuine competition for places in every position.

While many see £18m summer signing Raphinha as the man most likely to break in, Phillips instead has other ideas.

He believes versatile young star Leif Davis is the man most capable of breaking into the XI. Davis, signed from Morecambe in the summer Bielsa himself arrived, is well trusted by the Argentine.

However, Phillips reckons if the 20-year-old settles down and gets his head screwed on, he can become a regular.

“We was talking about it today actually,” Phillips told the Leeds That podcast . “We were just looking at the bench last year compared to this year.

“We could barely have a full first-team playing bench, just simply because we didn’t have any.

“You’ve got so many people who can just come in and do the job. It goes down to the manager and the way he prepares us to be ready for every single moment.”

Speaking about Davis in particular, Phillips explained why he rates the youngster so highly.

“One of the players we haven’t seen much of yet, but we will get to see is, in the future definitely, Leif Davis.

“He’s that good of a player. If he just settled down a little bit and screwed his head on a little bit he’d be up there as one of the best left-backs, left midfielders, centre-halves we’ve got.”

Phillips, meanwhile, says Ben White felt “gutted” when his chance to play in the Premier League under Bielsa fell through. 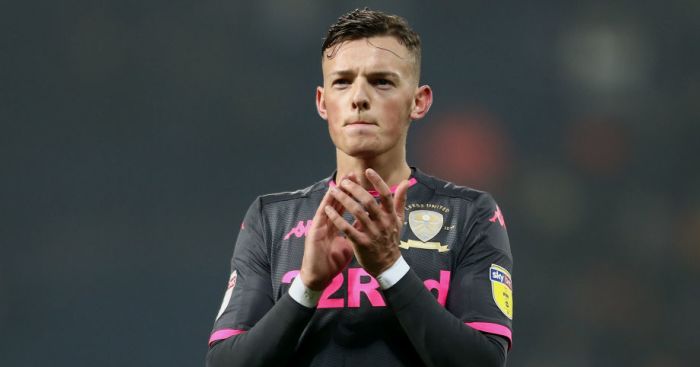 The central defender was a standout star for the Elland Road outfit as they secured promotion to the top-flight. He played all 46 games as Leeds kept 22 clean sheets and stormed to the title.

“Obviously he was gutted when the chance to sign didn’t arise,” Phillips said.

“But it came to a point where you have to just forget about the chance to play for Leeds and just play football.

“I don’t really talk to him about football now, just ask how he and his family are doing.”