Liverpool boss Jurgen Klopp has talked up his Liverpool side ahead of their Friday night meeting with Southampton.

The Reds can claw top spot back from Man City with a victory on the south coast and Klopp has claimed his side are a “proper force”.

After Sunday’s fortunate 2-1 Anfield win over Tottenham – a game in which they only managed 49% possession – Klopp has rallied his troops and given them a shot in the arm with some inspiring words.

Rival boss Pep Guardiola heaped praise on the Reds this week – calling them “one of the strongest teams” he has faced, and now Klopp has responded, hailing their “power”.

“We have a really good team together, as a club,” Klopp told Sky Sports. “It’s a proper force, we have a lot of power in and around the club.

“Take all the dreams together and that can be a real high energy, or create a proper energy going forward.

“It took a while obviously until everybody thought it, but it’s obvious.

“We want to be a difficult opponent, for all the teams. We can improve, oh yes, so much, of course we can improve, we have to, but at the moment we put all our skills, all our potential, all our desire together and go for the next game.

“That’s what we’re doing at the moment. This year is to use what we have with 100% and that makes us a difficult opponent to play because we find different ways to win football games. We are always difficult to play.” 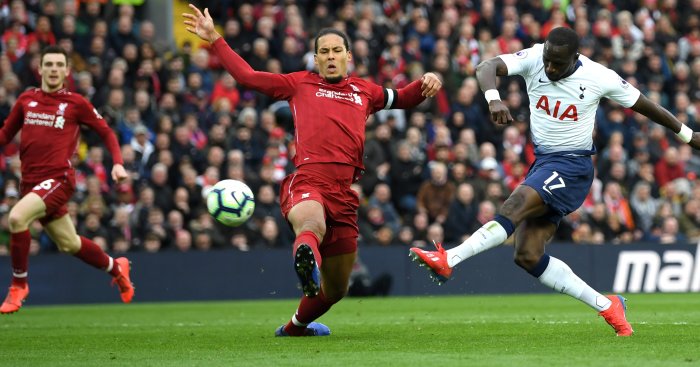 Friday night’s fixture marks a return to St Mary’s for Virgil van Dijk, who left Southampton for Liverpool in January 2018 for £75m, and Klopp says the Dutchman’s success has come as no surprise.

“If you pay the amount of money for a player that we paid, you have to be convinced, you need to be 100 per cent sure and we were sure,” added Klopp.

“It always gives a player an extra portion of confidence, arriving on the level you want to be. We were in the Champions League, qualified for the last 16 when he came in.

“He had really good games with us, we qualified for the Champions League, so that all helps. As confident as you are, you are still a little bit, not insecure, but you don’t know 100 per cent.

“But now it is clarified, the level he is at. He was the same level at Southampton, but the whole world was not watching.”

The post Klopp happy to give his Liverpool side a public shot in the arm appeared first on teamtalk.com.