Liverpool manager Jurgen Klopp says he will never behave like his Chelsea counterpart Frank Lampard, who has spent over £200million on new players in recent months.

The Blues have made six signings so far this transfer window, five of whom are major first-team acquisitions. The biggest outlay came for Kai Havertz, who cost an initial £72million.

What’s more, Timo Werner and Ben Chilwell both signed for around £50million each. Hakim Ziyech arrived from Ajax for £36million, with Thiago Silva a free but important addition.

Liverpool, meanwhile, have only spent £11.75m, bringing in left-back Kostas Tsimikas from Olympiacos. Indeed, the Reds are reportedly haggling over the £27million fee for Bayern Munich’s Thiago Alcantara.

Asked by BBC Radio 5 Live about the comparisons between his side’s and Chelsea’s transfer approach, Klopp insisted the likes of Chelsea deem their financial future “less important” than other clubs.

“We live in a world at the moment with a lot of uncertainty,” Klopp said (via the Metro). “For some clubs it seems to be less important how uncertain the future is – owned by countries, owned by oligarchs, that’s the truth.

“We’re a different kind of club. We got to the Champions League final two years ago, we won it last year, and became Premier League champions last season by being the club we are, by being led the way we are led.

“That can be an advantage, of course, but that means they have to fit together pretty quickly as well. It’s not only about bringing quality in.” 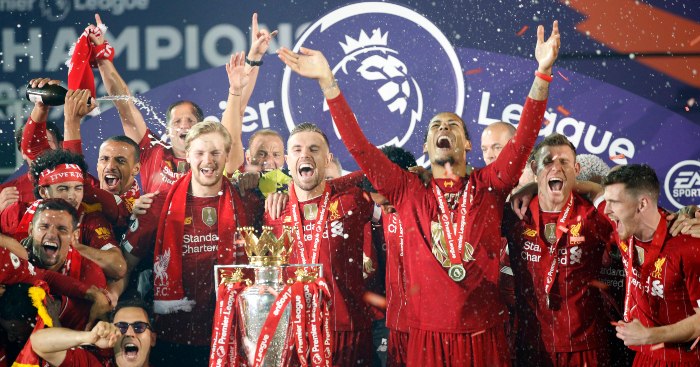 Klopp also insisted that Liverpool could have another advantage in that there is less pressure on new superstar signings to perform.

“You cannot bring in the 11 best players in the world and just hope a week later they play the best football they ever will play,” he added.

“It’s about working together on the training ground. That will probably be an advantage for us. We’ve worked quite a while with each other, but I know people don’t want to hear that.

Chelsea are now expected to mount a serious challenge to Liverpool and Manchester City next season.

Both the Reds and Lampard’s side begin their Premier League campaigns in the coming days.