Liverpool fans look ahead to the game with Atletico and which midfield three will Jurgen Klopp select and Paul Pogba and Bruno Fernandes’ potentially partnership is evaluated, all in our forum.

Key to this will be a fast start. We absolutely have to come out of the blocks flying before they can get settled. If we continue to see the same passages of ponderous play and dithering about with the ball that we have seen recently, we’re not going to get anywhere.

Start to finish high intensity. This is the most important game of our season. With Alisson out and VVD off his game I doubt we can keep a clean sheet here. As of right now I believe we’ll need at least 3 goals to progress.

‘Fabinho has been a liability lately’ 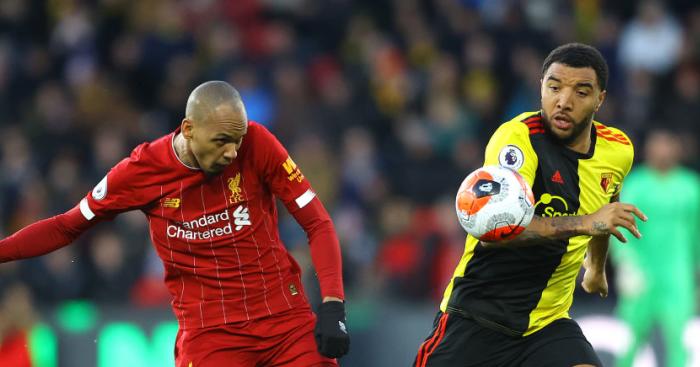 With Henderson now passed fit to play the biggest question will be who to play in midfield?

I have serious doubts about starting Fabinho in the holding position. He has been quite poor lately. Atletico will sit deep and try to hit us on the break. We will very likely dominate possession. Fabinho has been a bit of liability lately.
There’s a strong argument to start Henderson in that holding position instead.

He just returning from that hamstring injury so the “6” position would be arguably less demanding on his legs than the “8” position.
Gini I think is a shoe in to start, he tends to show up in these big games.
That leaves one more position left. For me it’s between Milner and Ox. Milner can provide that fight, experience and tempo for a game like this whereas Ox gives that drive from midfield and a greater goal threat.

A few tough decisions for Klopp to make.

Good summary Ginger, I fully agree. As regards Milner vs Chamberlain???? Maybe start with Ox – as we need to score goals; and have Milner in reserve to bring on when we’ve got the lead and need to shut up shop. Sounds easy ‘on paper’. I was at the Bournemouth game and this Fabinho form thing is now embedded in the crowd such that there was a general groan/moan whenever he messed up to the extent that it was expected (e.g. the move for Fraser’s attempt/goal-line clearance).

On a night when everything has to be tuned to perfection, we don’t need the distraction of the home fans getting irked and dispirited by one player’s display.

All that said, I suspect that Fabinho will start.

I’d agree RH I think we’ll prob go with Ox and then Milner will be first midfield sub bar injuries later in the game to bring in that xtra nous.

I think we’ ll get knocked out. Its the perfect scenario for atletico: park the bus, playing on the counter, time wasting, play acting… Hope im wrong. 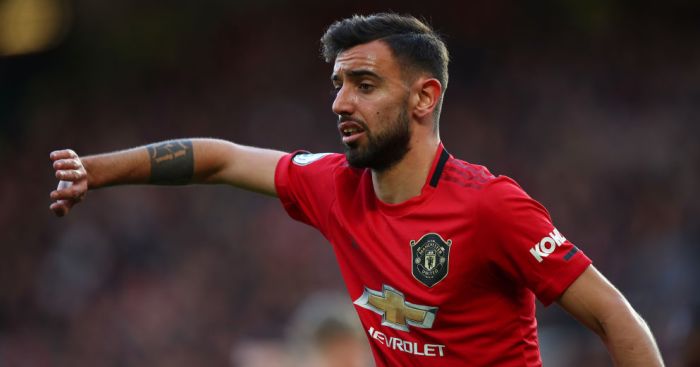 Know it’s a bit off-topic but – anyone else feeling a sense of renewed hope since Bruno Fernandes came in with regards to transfers?

Looking forward to next summers window, especially if we get Champions League football. 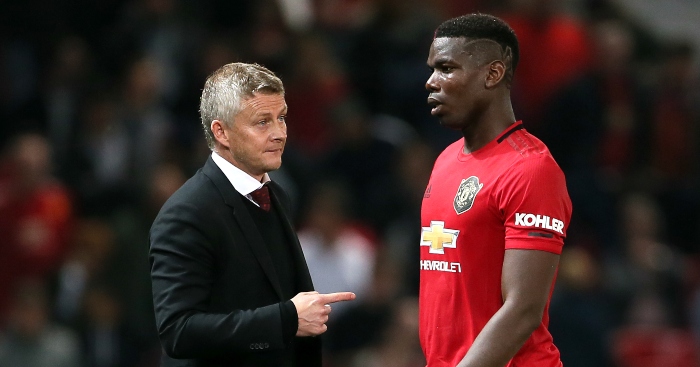 Actually think it’s quite an interesting time with Pogba. Now we’ve signed Bruno he’s really going to have to pull his finger out. If he wants to get a move away then he’s going to have to prove he’s worth the fee we’ll demand. This means he’ll have to out perform Bruno so hopefully we’ll see more of the Pogba that we’d all hoped he’d be rather than the one who sulks. Might even see him busting a boll*** to get back and defend.

If he doesn’t sort his s**t out then the Madrids of this world just won’t want him…
Homer – I don’t think it’s the terms of paying us that would bother Madrid, I just don’t think their president is interested or willing to pay £100 million+ for him.

For some reason i think we’d get ripped apart in midfield if we had Bruno and Pogba playing. How would it work? They can’t both be ahead of a holding midfielder as he’d be overrun when they both went forward. I guess they’d score goals though, so would be entertaining at least.

Pogba as part of a midfield 2 with Bruno the No. 10? But then who misses out, Fred? He’s probably been our best player in the last few months. McTominay or Matic i guess.
Dunno…

tMA-Your world class player Pogbabooooooooooooooooom hasnt played for a good few months now,and we dont seem to be missing him that much.Lewandovski,Suarez,Aguero,Auba, are all all over 30,especially Suarez is nearly 34 and is finished @ the top.On top of all that,Kane has been injured,but Im thinking about the future
D.Zakaria is simply a beast.

Midfield three given thumbs down

Its simple happy, as long as you don’t assume a midfield 3 or, even more frightening, a midfield 2. It’s 4-2-3-1 mate. The 2 protecting your back four and the 3 supporting your striker. Or a 3-5-1-1. All fluid of course because that’s the way of the modern game. Just a case of finding the right players for the system.

I’ve always thought 4-3-3 was a nonsense and I can’t remember seeing many teams play that system. People think the scousers do but they play with a packed midfield, with the dwarves all breaking from the middle.

Depends who you want in your 3 happy but Pogba would definitely not be in the 2. Besides, I still think Pogba will be gone in the summer. The key is fluidity. Just because you play a 2 in front of your back four, doesn’t mean they can’t get forward. Pace, athleticism and great engine, coupled with technical ability, that’s the modern player. And if any of ‘em don’t bust the proverbial gut, they’re out. Bruno’s shown the way.

I like the back 3 formation but I can’t help thinking Tuanzebe-Macguire-Bailly is a far better combination than having Limp and Shaw in there. Also, unless Pogba has a great Euro’s we will struggle to sell him, certainly for the money being talked about. I suspect this “injury” and his scumbag agents antics have turned most clubs off a player who only plays for himself anyway.

Agree. Pogba was meant to be out a few weeks and it’s been months. This is all clearly a way to try and drive the price down. He clearly doesn’t want to play for the club. Hard to even imagine how Pogba and Fernandes play in the same team unless we are planning to try and dominate and control games.

Those two would never work in games like Sunday. Think Pogba will be sold to fund Sancho and a striker. Don’t see us signing anymore than that. Potentially a few youngsters but nothing more

Pretty sure that Ole said after the City game that the next stage of development for the side is to dominate games. Pogba and Bruno playing as 8/10’s/box to box with someone shielding the defence. Should be more than enough to beat 90% of teams. The point is to make the attacking relentless so the other side dare not or can not swarm forwards.

@redblood – YEah Lewandowski is in his 30s, but he’s still the best striker in the world.

Pogba does not want to be at United so we should cash in on him this summer and we would demand £100m from his sale. However, we cannot deny the fact that he’s world-class player. There are not many midfielders with the class of Pogba. Maddison, Grealish and van de Beek would all walk into United’s team and would not be short of United fans to carry them to M16.

Nonetheless, its crazy to suggest selling Pogba and Martial to buy Kane. I prefer someone who can play across the front three. Someone like Timo Werner. Anyway, if we recruit creative players then it could negate the need for an outright goalscorer, since we have Rashford, Martial and Greenwood.

BTW, how is Ndombele doing at Spurs? You were furious we didn’t go for him in the summer. Turns out you’ve been singing to the wrong tune