Leeds United and Wolves are among five teams interested in Willem II midfielder Mike Tresor Ndayishimiye, according to reports.

Ndayishimiye only joined Willem II on a permanent basis this summer after a positive loan spell from NIC Nijmegen.

However, he could soon be on the move again, as a number of clubs have become aware of his potential. According to Het Laatste Nieuws in the player’s native Belgium, five clubs are circling.

Premier League pair Leeds and Wolves are two of the interested parties. And they are more likely to be able to afford Ndayishimiye than their competitors.

Willem II could sell Ndayishimiye for around €7m (£6.2m). That would be too expensive for Standard Liege and Gent, both of whom want to take him back to Belgium.

Ndayishimiye has spent his entire senior career so far in the Eredivisie in Holland. Before that, he came through the academy ranks at Anderlecht in his homeland.

The other rival for the 21-year-old is Hellas Verona, who are looking to consolidate their place in Serie A after a top half finish last season. 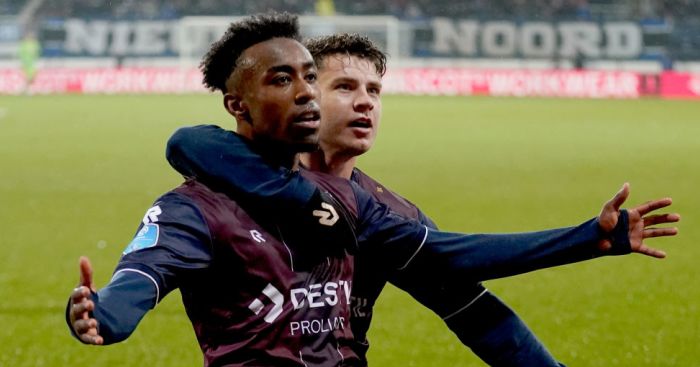 Ndayishimiye could end up in the Premier League, though. The midfielder is valued for his versatility, given that he can play as a number 10 or out wide.

That makes him the kind of player that Leeds boss Marcelo Bielsa would enjoy working with. Bielsa wants another attacking midfielder, as seen by Leeds’ interest in Udinese’s Rodrigo De Paul.

As for Wolves, they made their first signing of the transfer window over the weekend, bringing in teenager Fabio Silva from Porto for a club record fee.

Ndayishimiye could be another promising young player they are looking to add, as they continue to prove their top half credentials in the Premier League.

The Belgium under-21 international provided nine goals and six assists from 23 appearances in the 2019-20 campaign.