Leicester defender James Justin is confident they can cope with the demanding fixture schedule after the international break.

The Foxes head into the two-week hiatus sitting pretty at the top of the Premier League table.

Sunday’s 1-0 victory over Wolves was their third straight league win and came courtesy of Jamie Vardy’s ninth goal this season. It sees the East Midlanders one point clear of the chasing pack, with six wins from eight games this term.

Brendan Rodgers’ men also have a perfect record in the Europa League. Victories over Zorya Luhansk, AEK Athens and Braga see them three points clear at the summit of Group G.

Leicester have won six consecutive games in all competitions although a few pundits do not believe they will win the title.

They are due to play nine games in 28 days after the resumption, with a trip to Liverpool on November 28 next. Justin admits it is a gruelling schedule but says nobody at the club is looking for any sympathy.

“It does take a toll on you after a while, but we get what we signed up for, really, and we knew how hard it was going to be this season,” he told the club’s official site. “We’re using the squad to full effect. Physically, we’re in a good place.”

However, the former Luton defender acknowledged that the international break has probably come at just the right time.

“It’s an amazing run for us and hopefully we can rest and recover in this international break and come back fresh,” he added.

Rodgers’ side have already downed the likes of Manchester City and Arsenal this season. However, Wolves are now a force to be reckoned with in the top flight and were always going to be tough.

With that in mind, James felt taking all three points was the perfect way to sign off for 14 days.

“We had to try and get through that somehow, and it was just the runs in behind that we kept on pushing and pushing, and we got the two penalties,” he continued. “We converted one, and that was enough for the game. 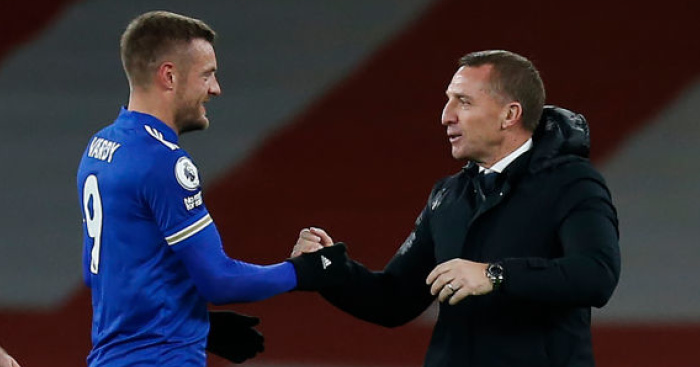 “We’ve shown this season that we react well to adversity and we showed that in the second half, where we had to dig in.”

Following the Liverpool clash, James and his team-mates will face a trip to Portugal to face Braga on November 26.

The post Leicester in ‘a good place’ physically and unconcerned with fixture pile up appeared first on teamtalk.com.