Liverpool assistant boss Pep Lijnders believes the team that will face Lincoln in the Carabao Cup on Thursday will offer a “surprise”.

The Reds begin their League Cup campaign with the expectation being that several youth prospects will earn game time.

Indeed, Liverpool have adopted such a policy in the competition in the past. Last season, the club’s Under-23s side played against Aston Villa while the first team was on Club World Cup duty.

Lijnders offered little hint on the personnel who will face Lincoln, but insisted it will not be a weak team.

“The good thing over the last years was this group created a mentality to see each game as a final,” he told a press conference.

“The team that will represent us will be a good team, it will be a strong team. They will show hunger, they will show desire to put our game in place.

“It’s about finding a team that feels the responsibility to give everything and finding a good balance. I said last year that, in this competition, you can combine experience with talent.

“They make each other stronger; the fire and risk of the young players and that we need tomorrow against a side who will defend deep and has speed on the wings.

“The team tomorrow will be a strong team, I think some of you guys will be surprised.”

Trio definitely out, but recovery in sight 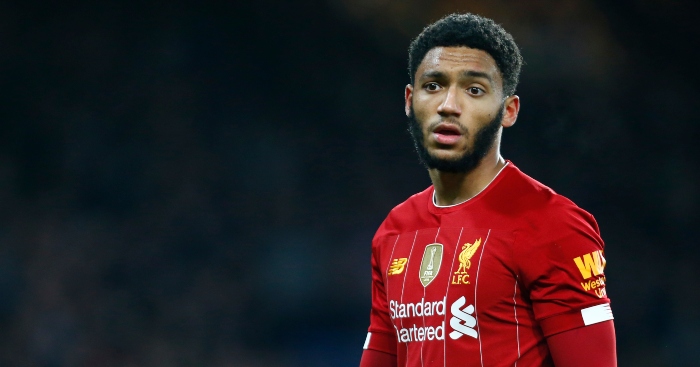 Gomez and Matip sat out Sunday’s 2-0 win over Chelsea, while Henderson was replaced at half-time at Stamford Bridge.

“Joe will train hopefully on Friday with the team, to prepare for the Arsenal game,” Lijnders said.

“Joel will be out longer. It’s a hamstring, so it will take another two weeks. Hopefully the international break will solve that one so he’s ready afterwards for the Everton match.

“Hendo is a little bit difficult. We have to see. For sure not tomorrow, and Arsenal will be tight, but let’s see.”