Liverpool are ‘cautiously optimistic’ that both Jordan Henderson and Andy Robertson will be fit for Sunday’s clash with Leicester, according to a report.

Henderson withdrew from the England squad, with the Daily Mirror reporting that he has a back problem.

Indeed, Three Lions boss Gareth Southgate confirmed that the Reds skipper had “tightness” but could not expand.

Meanwhile, Robertson had a hamstring issue and sat out Scotland’s clash with Slovakia on Sunday. Head coach Steve Clarke admitted concern but could not provide much detail on the left-back’s injury.

The Daily Mirror‘s report adds that Liverpool harboured fears of another ‘long-term absence’ in their squad. Centre-backs Virgil van Dijk and Joe Gomez are both out for the foreseeable future with knee injuries.

However, the newspaper claims that ‘those fears have eased’ and that Henderson and Robertson could return on Sunday.

Henderson reportedly returned to Liverpool as a ‘precautionary’ measure to alleviate further concerns.

Robertson, meanwhile, could be back in his country’s squad for their clash with Israel on Wednesday. In any case, he should train with his compatriots on Tuesday. 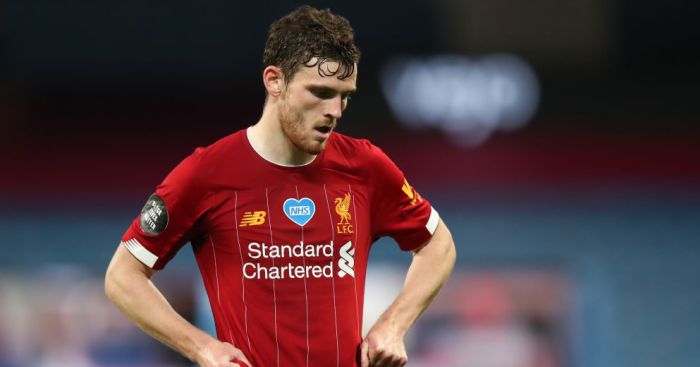 Welcoming both players back would be a key boost to Liverpool boss Jurgen Klopp. The Anfield club have suffered mounting injury problems over recent weeks, added to by their most recent concerns.

Liverpool welcome the Premier League table-toppers to Anfield in a crunch early-season clash. 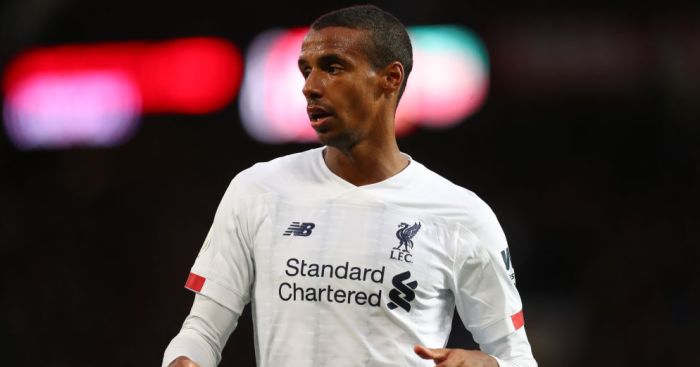 Meanwhile, former Liverpool forward John Aldridge has urged the Reds to sign a defender in January.

With Van Dijk and Gomez both out, Klopp is short of options at centre-back. Indeed, Joel Matip is the club’s only senior, recognised player there, with Fabinho likely to fill in.

As such, Aldridge has noted that his former club are drastically short of cover and need a new signing.

The post Liverpool hopeful of major injury boost, with duo on track for instant return appeared first on teamtalk.com.